A makeshift memorial for the public with flowers, thoughts, prayer, and more was set up under the iconic mural of the late Rep. John Lewis.

ATLANTA - All-day and well into the evening, on the day Congressman John Lewis was laid to rest, people stopped by the large mural of the Civil Rights icon at the corner of Auburn Avenue and Jesse Hill.

They came to take photos and to pay their respects.

"Just a period of reflection and gratitude for all the work he's done and how he changed the world," said Jennifer Walter, an Atlanta native.

Jennifer Walters came by on her way home from the funeral.  She said the large image of John Lewis with the word "Hero" says it all.

"He fought for everybody's rights and he always did the right thing. He taught us if we saw something we needed to speak up and that's what we plan to do," said Walton. 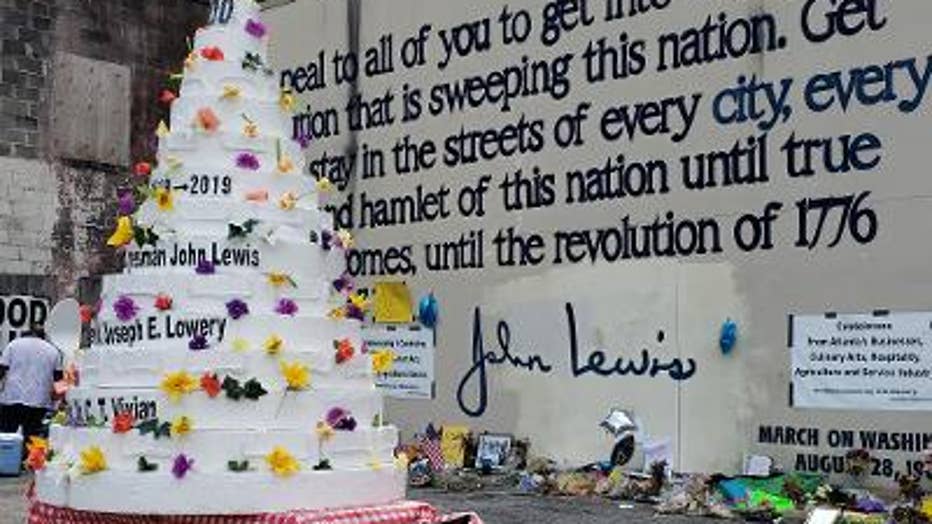 Sanna Owens took the time to read many of the tributes to Lewis. She says she can't help but think about all the work he did over the decades and the sacrifices he made to change the direction of our country.

"He had to pay a price for our freedom for where we are today so I'm just so grateful," said Owens. 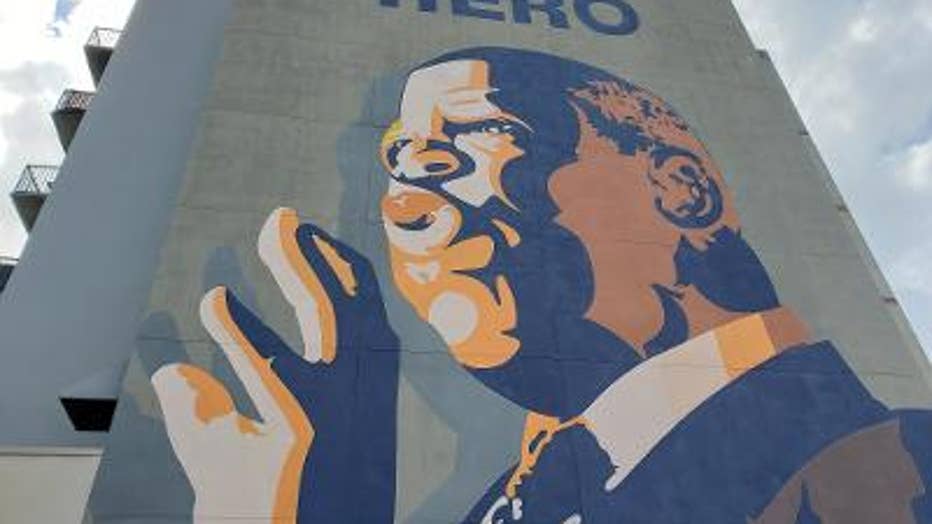 Julie and Chris Sawyer have lived in Congressman Lewis' district since 1982.

The man known for getting into some Good Trouble was laid to rest in Atlanta on Thursday.

Julie Sawyer said that as we think about Congressman Lewis' life, it should be an inspiration to all of us and a reminder that we can all make a difference.

"We all need to get out and vote and be mindful and get into good trouble," said Julie Sawyer.