The family of Mic'keya Montgomery, 21, who was shot and killed by her child's father says they blame the system for her death as there were multiple red flags. Montgomery's family says authorities continued to let the child's father, Taco Nash, out of jail.

DEKALB COUNTY, Ga. - The family of a 21-year-old mother gunned down while holding her baby outside a DeKalb County daycare has some choice words for the man police said is responsible. They also have questions for law enforcement and the courts about why their loved one is dead and why her young child will grow up without her parents.

Taco Nash, 21, was arrested on Wednesday. He was charged with malice murder, two counts of kidnapping, and second-degree cruelty to children. He remains in the DeKalb County Jail without bond.

Police arrest Taco Nash for the murder of Mic'keya Montgomery

Police said the shooting happened Wednesday in a wooded area behind Education Elevation Children Academy on Snapfinger Park Drive. Mic'keya Montgomery had just picked up her daughter Chloe from the daycare when her family said she was ambushed.

Nash, who is Chloe’s father, was waiting for Mic'keya. Her family said despite him wearing an ankle monitor, a condition of being out of jail on bond, he held Mic'keya and her little girl at gunpoint. 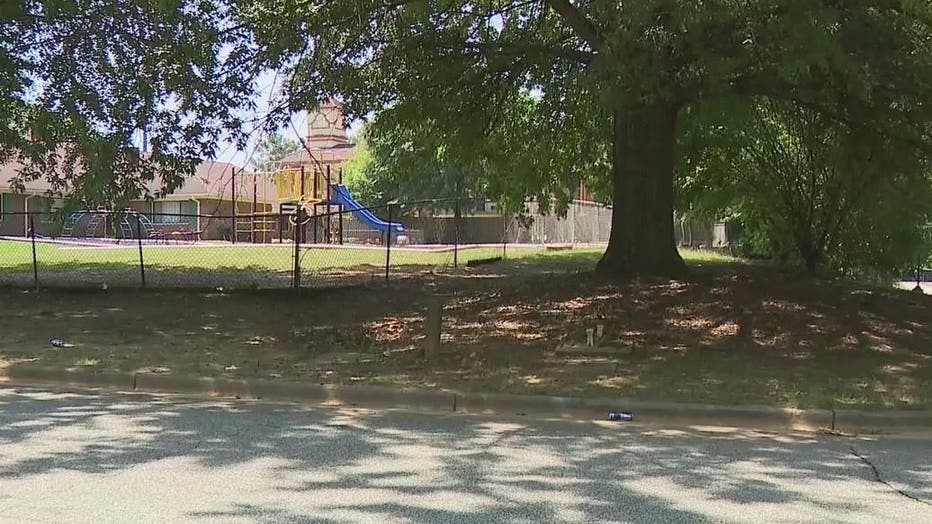 DeKalb County police said a woman was gunned down holding her baby behind a daycare. (FOX 5)

The daycare’s workers tried to help her, but couldn’t.

"She was saying, ‘No,’ you know and asking for help, yelling out for help and he got into a physical altercation with them (daycare workers) and threaten to kill everybody and so they ended up just having to let... her you know go with him," said Chancierra Coleman, the victim's sister.

The family said police told them the 21-year-old mother ran to a wooded area behind the daycare trying to get away. As she clutched her baby, she was shot and killed.

"She had been holding her because there was blood splatter all over Chloe. She was covered in... covered in blood," Coleman said.

Police arrived minutes later and Nash surrendered. Police have told the family the entire chase and shooting was caught on surveillance video.

Mic'keya Montgomery: A mother in fear

Woman gunned down while hold her baby, family say

Despite some setbacks over the past few years, with her mother dying 10 months ago from COVID-19, Montgomery had been trying to be the best mother she could be for little Chloe.

Her family said she had gotten a job and her own apartment.

Her family said the one thing she had not let go of was Taco Nash, her daughter Khole's father. They said Mic'keya stayed with him out of fear.

Mic'keya’s family believes that Nash shouldn’t have even been on the streets when she was killed. They said two years ago, he shot her and since then, he repeatedly told her he would kill her.

"If the police would have done their job, my niece would still be here. We wouldn't be planning a ceremony or funeral," said Coleman.

Her family said they are broken and crushed by this. 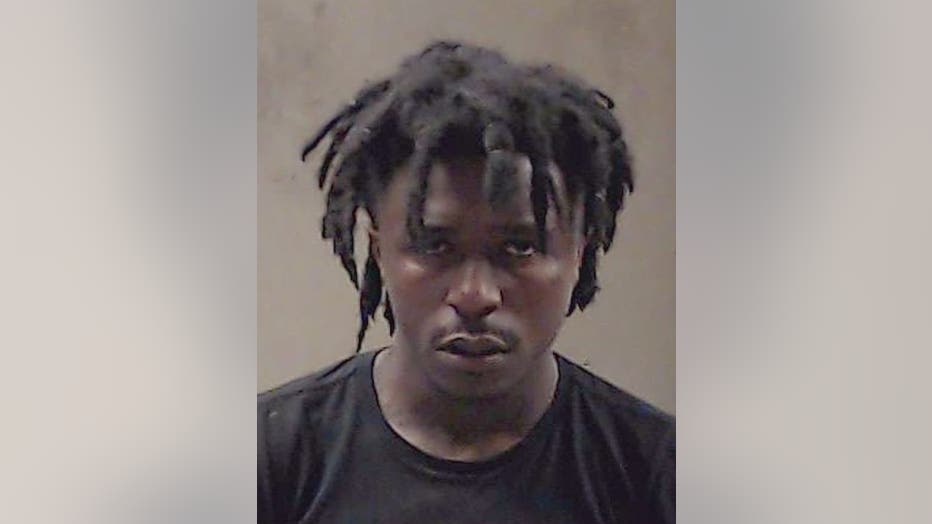 Taco Nash: A history of arrests for violent crimes

A look through the arrest records at the jails in Fulton and DeKalb counties will reveal multiple arrest for Nash over the past few years. Mic'keya’s family believes there was more than enough warnings about his violent behavior that he should have never been given bond.

They question why several police agencies and the judges let him out of jail.

"To me, he's just a menace to society. His record even shows that. He's aggressive. This is what he does," said Coleman. "They allowed him the space and the grace to take someone's life they allowed it. They gave it to him and he took her life."

FOX 5 News was able to confirm Nash was arrested for shooting Mic'keya back in July 2020 in Atlanta.

Then, in August 2021, Nash was the subject of a SWAT standoff when East Point police said he held his baby Khole hostage at gunpoint.

In March of this year, both Nash and Montgomery were arrested in Lithonia after her family said he beat her up.

"Mine is with the police department and with the judges granting these unsecured bonds and just putting people with violent histories on ankle monitors. I know when we spoke to someone, they said it was overcrowded in Fulton County," the victim’s aunt, Pamela Foster said.

Nash is being held in the DeKalb County Detention Center without bond.