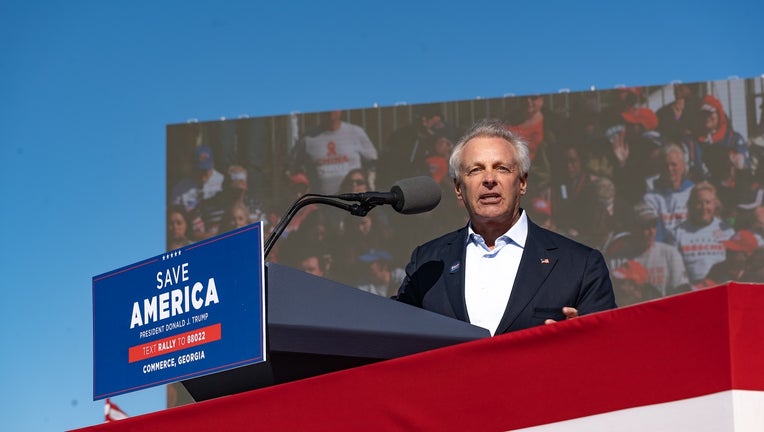 Attorney General for Georgia Candidate John Gordon (R-GA) speaks to supporters of former U.S. President Donald Trump during a rally at the Banks County Dragway on March 26, 2022 in Commerce, Georgia. This event is a part of Trump's Save America Tour

ATLANTA - John Gordon’s Republican primary challenge to Georgia Attorney General Chris Carr offers an exceptionally clear contrast over the 2020 election. Gordon, who spent most of his career in business, came back to the legal world to try to prove Donald Trump was cheated out of victory in Georgia. Carr, the incumbent, says flatly that the problem with the 2020 election was not that Democrats stole it, but that the Republicans lost.

"As a Republican, I didn’t want our team to lose in 2020," Carr said. "I didn’t want either one of our senators to lose. I didn’t want the state to go to Joe Biden. But the world I live in is based on fact, evidence and law."

"We will expose the fraud and we will prosecute the people that are responsible for this not to redo 2020 — that ship has sailed," Gordon said. "But we will expose this so that will never happen in our country again."

The winner of the May 24 Republican primary will face one of two Democrats running in their party’s primary — Atlanta lawyer Christian Wise Smith and state Sen. Jen Jordan of Sandy Springs. 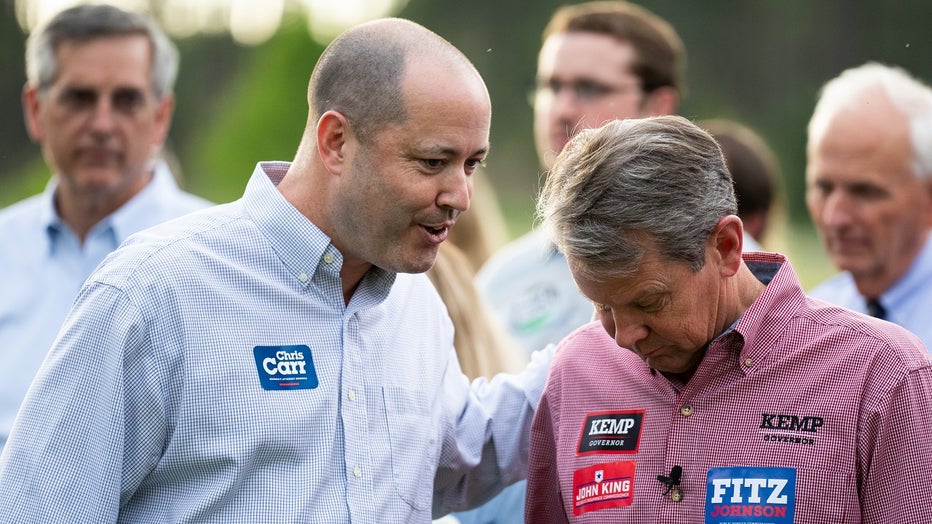 "If the federal government overreaches and either goes beyond what its authority is, or acts inconsistently with federal law, somebody needs to push back," Carr said.

Carr resigned as chairman of the Republican Attorneys General Association in 2021 after the association’s political arm sponsored a robocall urging Trump supporters to march on the U.S. Capitol on Jan. 6 to "stop the steal." The call raised questions about the group’s culpability for the ensuing riot. Carr says neither he nor any other attorney general in the group authorized the call. Months later, over Carr’s objections, other Republican attorneys general elected the person who had authorized the call to run the association.

"I was infuriated. I thought it was one of the dark days in American history to see the attack on the Capitol as that occurred," Carr said, explaining why he resigned.

If reelected to another term, Carr said, he wants to nurture a gang prosecution unit authorized by the General Assembly this year.

Carr and others question whether Gordon has been an active member of the state bar for seven years, as required by the state constitution to serve as attorney general.

Gordon became a lawyer in 1979 and says he has 15 to 20 years of active membership. However, he declined to provide documents, and the state bar only has records back to 2000.

"I don’t need to provide you documentation," Gordon said.

Gordon has been sued by people who rented the Atlanta mansion where Gordon is registered to vote, saying Gordon took rent and kicked them out without returning the money. Gordon dismisses the dispute as sour grapes from bad tenants.

On the Democratic side, Jordan said she’s running because she feels Carr isn’t "prioritizing the people of the state." She said his challenge to the health care law could have "resulted in serious and significant harm to the people that he was elected to represent."

Jordan cites her work suing companies for mistreating consumers, saying part of the attorney general’s job should be "going after bad guys that are really ripping off people that live in the state."

"People need to vote for the person that they think can beat Chris Carr, ultimately, and I think I’m the only one who can do that," Jordan said.

Wise Smith said he wants to use the attorney general’s office to work with district attorneys and law enforcement to divert more low-level nonviolent offenders into treatment and rehabilitation, focusing on prosecuting more serious crimes.

"I’m running to change the face of justice in the state of Georgia, to make our justice system one that truly strives for justice for all," Wise Smith said.