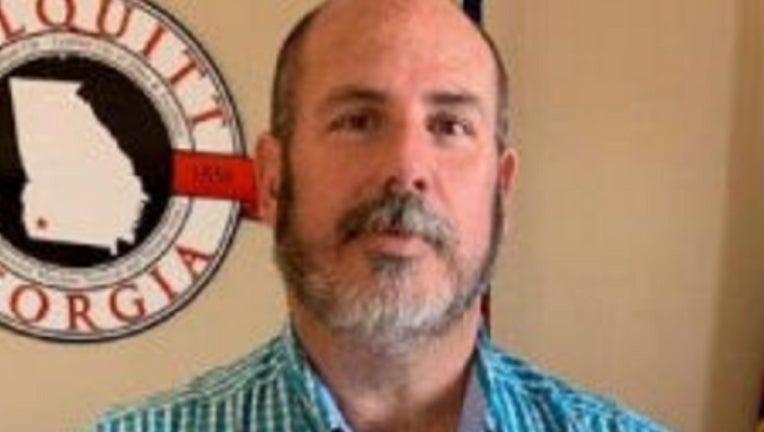 COLQUITT, Ga. - A southwest Georgia police chief has been found dead after his car ran off the road.

Colquitt Chief of Police Kenny Kirkland was reported missing after he didn’t show up for a Wednesday speaking engagement at a local church. His body was found Wednesday night after officials tracked the 51-year-old’s cell phone to his location in Miller County.

Colquitt City Manager Cory Thomas says it appears Kirkland died from natural causes, possibly a heart attack. His body will undergo an autopsy by the Georgia Bureau of Investigation.

No other vehicles were involved in the crash.

The city said Kirkland had worked in law enforcement for 30 years, nearly 20 years in Colquitt. Kirkland was named chief in May 2020.

He is survived by his wife and two stepsons.