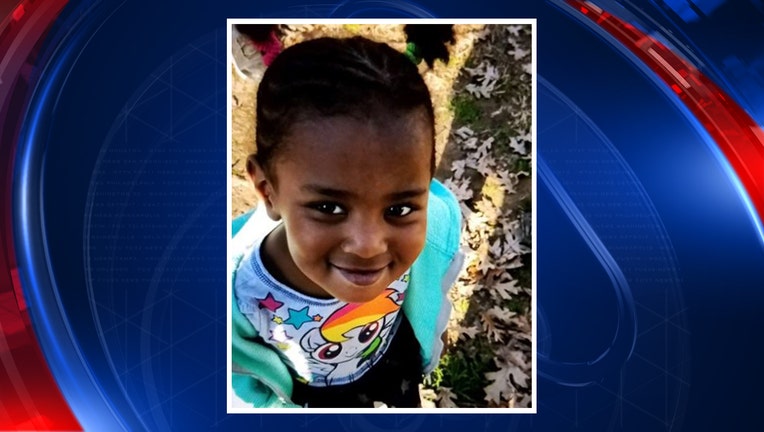 GREENSBORO, N.C. - Greensboro Polcie say the three-year-old girl who was abducted from a local park Wednesday has been found alive and well.

Around 8:15 p.m. Thursday, a woman called in to the tip line saying that she had found a small child wandering around by herself near a church. She said she believed that the child was Ahlora Ashanti-Sample Lindiment and officers immediately responded to the scene.

Police said the child was able to give them her mother's name and confirmed that it was indeed Ahlora. She was taken to the hospital to be checked out and seems to be doing fine, according to officials.

Alhora was reported missing from a park at 2411 Phillips Avenue around 6:30 p.m. on Oct. 9. Her abductor was described as a black woman in her 20s, 5 feet, 6 inches tall, weighing 135 pounds with a medium complexion and a short ponytail by police. Lindiment had last been seen traveling northwest with the woman.

During a Thursday afternoon press conference, Greensboro Police Chief Wayne Scott said the woman had been walking around the park talking to adults and children "in what was defined as a suspicious way."

Police say the suspect is still at large and they are continuing to ask for tips on her whereabouts. They say the motive for the crime is not known at this time. She has not been positively identified, but they say they do have some strong leads.

A specially trained officer will do a forensic interview to help get details from Ahlora.

They are looking for more surveillance video and talking to witnesses who may have seen anything leading up to the moment Ahlora was left at the church.

This is a developing story. Check back with FOX 46 for more updates.