A Milton woman turns 100 with a parade

MILTON, Ga. - A Georgia woman got an amazing surprise on Thursday to mark her 100th birthday.

Marguerite, who lives at Phoenix at Milton, got a parade to mark her special day.

Marguerite’s family and friends organized the big event. Knowing she was a big fan of music, she was serenaded by a bagpipe, her church group from First Baptist Church of Alpharetta singing hymnal, and of course "Happy Birthday" was sung. 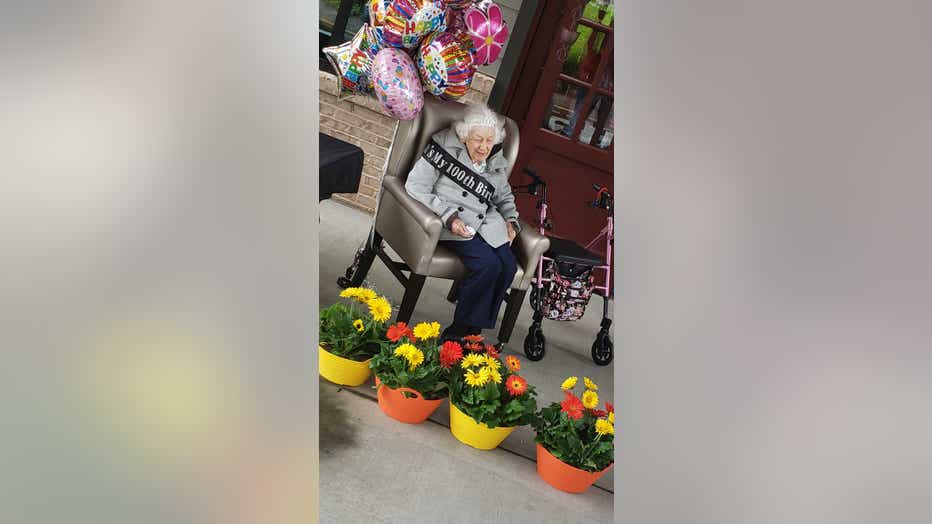 Surrounded by flower and balloons and adorned with a tiara and sash, Marguerite watched as police, friends, and family put on a parade to celebrate her 100th birthday on April 30, 2020.F (FOX 5)

As she sat in a comfy chair adorned with a crown and sash, surrounded by balloons and dozens of flowers, Marguerite waved at police officers, friend, and family who waved back held up signs as they passed the front of living facility where she lives.

She told FOX 5 News it made her happy to see everyone.

Marguerite also shared the mayor issued a proclamation celebrating her birthday and President Trump sent her a note wishing her a happy birthday.  The mayor also explained to the residents and staff of the facility Marguerite's secret to longevity.

Proclamation for Milton woman who turns 100

We join them in wish her an amazing birthday.