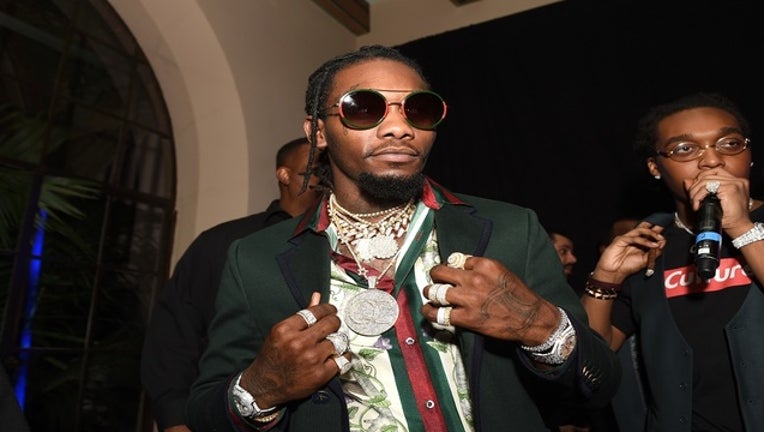 SANDY SPRINGS, Ga. (AP) - Authorities say Migos member Offset is facing a felony charge of criminal damage to property after an incident with a fan at a suburban Atlanta retailer.

Sandy Springs Police confirm an arrest warrant was issued for the rapper, whose real name is Kiari Cephus. The report says the rapper's accused of knocking a cellphone out of a fan's hands as the fan recorded him recently at a Target store.

The fan, identified as 18-year-old Junior Gibbons, told police his $800 iPhone 8 was destroyed.

Cephus' attorney, Drew Findling, says his client's being exploited and there was no investigation made. He says the warrant is "disgraceful and should be dismissed."