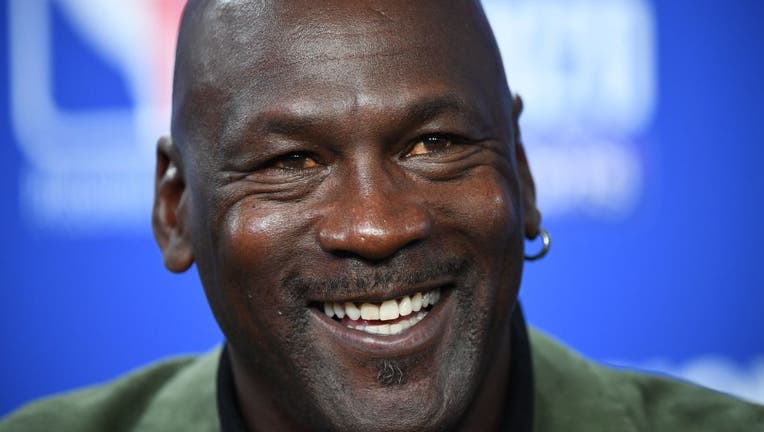 Michael Jordan looks on as he addresses a press conference ahead of the NBA basketball match between Milwaukee Bucks and Charlotte Hornets on January 24, 2020. (Photo by FRANCK FIFE/AFP via Getty Images)

The basketball legend and his brand with Nike announced the gift on Friday as part of its decade-long effort known as the Black Community Commitment, which is designed to help in the fight against systematic racism with a focus on social and economic justice.

"Education is crucial for understanding the Black experience today," said Michael Jordan. "We want to help people understand the truth of our past and help tell the stories that will shape our future."

The Journalism and Sports program was launched with the help of Morehouse alumnus and Academy Award-winning filmmaker Spike Lee and is led by journalism Ron Thomas. Since its founding, the program and educated more than 600 students and produced more than 80 graduates who work in the media.

"There’s going to be a rich legacy of storytellers who will be supported by these programs," Lee said. "Many people are influenced to think a certain way about Black folks based on what they see on television and in Hollywood. We’ve got to tell our story."

The million-dollar commitment will be distributed to the school over two years. This year's other gift recipients were the Smithsonian Institution’s
National Museum of African American History and Culture and the Ida B. Wells Society.

"Morehouse is grateful to Michael Jordan and Jordan Brand for an investment in the education of talented men of color who will ensure there is equity, balance, and truth in the way sports stories are framed and the way the Black experience is contextualized within American history," said
Monique Dozier, vice president for institutional advancement at Morehouse.

Jordan and the Jordan Brand announced the creation of the Black Community Commitment last year. They plan to donate $100 million over the decade focused on social justice, economic justice, and education and awareness.