Atlanta Public Schools took steps to educate stakeholders on gun safety. A group of elected officials intends to enact policies that penalize gun owners if they don't secure their guns.

DEKALB COUNTY, Ga. - A coalition of metro Atlanta leaders said they cannot sit on the sidelines and watch another school shooting without taking action.

"What is happening in Michigan is happening all over the country. We've also seen an increase in gun incidents across the city," Atlanta Board of Education President Jason Esteves said.

Atlanta Public Schools unanimously passed a resolution that requires the superintendent and the board to educate and communicate with stakeholders on the responsibility of safe gun storage. 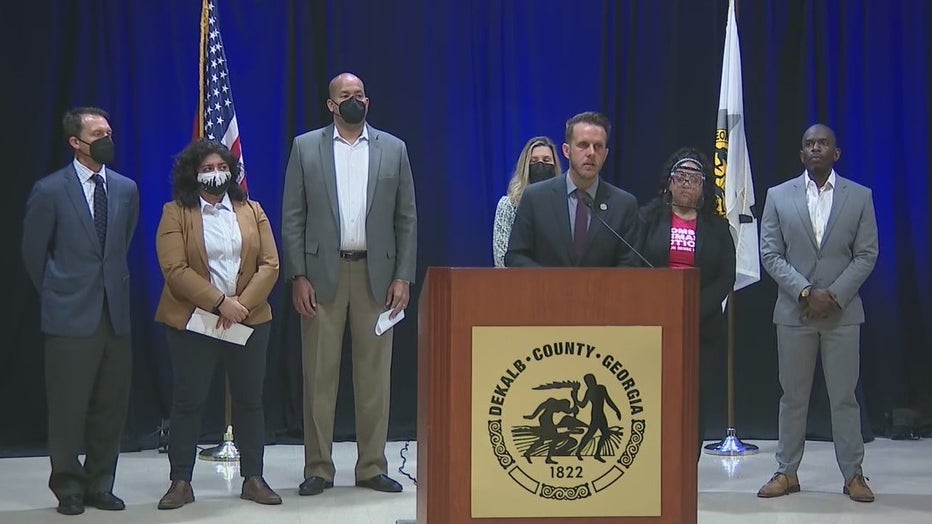 State and local leaders discussed legislation that could create stricter penalties for gun owners whose weapons are accessed by children.  (FOX 5 Atlanta)

State Senator Elena Parent says she has been fighting the same battle under the Gold Dome.

"Republicans and gun lobbyists have blocked my legislation since 2016. It is time to address this nationwide epidemic on a local level," the state lawmaker said.

Savannah mother Julianna McDowell says an unsecured firearm changed her life forever. Her 14-year-old son was shot and killed during Spring Break back in 2016.

"It left a gaping hole in my heart that asphalt can not fill. As the holiday draws near it is important that gun owners take the time to secure their firearms," the grieving mother insisted.

Kamau takes office in January and said he expects similar legislation will be passed by his city.

The lawmakers say they hope this is only the beginning of a progressive wave that will act when state and federal leaders do nothing.

The Atlanta Police Department says gun thefts are on the rise and some Atlanta residents and visitors are not protecting their weapons inside cars.

A child shot and killed their young cousin on Thanksgiving in South Fulton. Police say the 3-year-old child found the registered weapon under a sofa cushion and fired it into the chest of his 5-year-old cousin.