ATLANTA - A metro Atlanta drug bust has ended with the seizure of what authorities say was a "massive" quantity of heroin and other drugs.

The ledgers said that from August 2018 and October 2019 Daniel received over 1,000 kilograms of cocaine and returned more than $1 million to the organization, officials said.

“The quantity of drugs, money, and firearms allegedly controlled by Daniels highlights the scale of heroin and cocaine trafficked into this community by local drug dealers with high-level ties to international drug trafficking organizations,” said U.S. Attorney Byung J. “BJay” Pak.  “Daniels allegedly used these ties to flood this district with drugs and reap the financial benefits. We will not tolerate the destruction of lives through the scourge of the drug trade.” 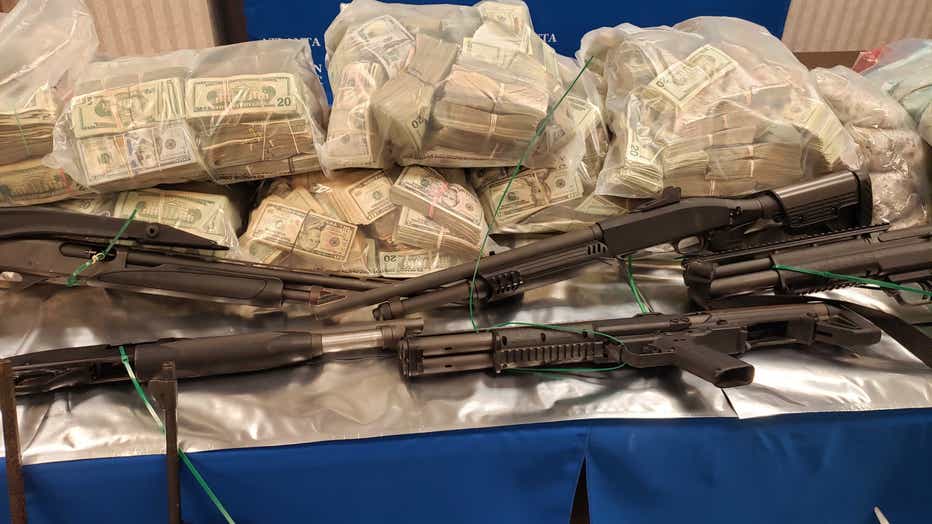 On July 27, agents with the Atlanta branch of the Drug Enforcement Agency executed search warrants at multiple metro Atlanta apartments and homes that Daniels is accused of preparing and distributing drugs in.

Officials say the heroin bust may be the largest ever in Georgia history.

Daniels is now in custody indicted on federal charges including intent to distribute heroin, cocaine, and marijuana, and possession of a firearm in furtherance of drug trafficking.

The case is being prosecuted by the U.S. Attorney’s Office.