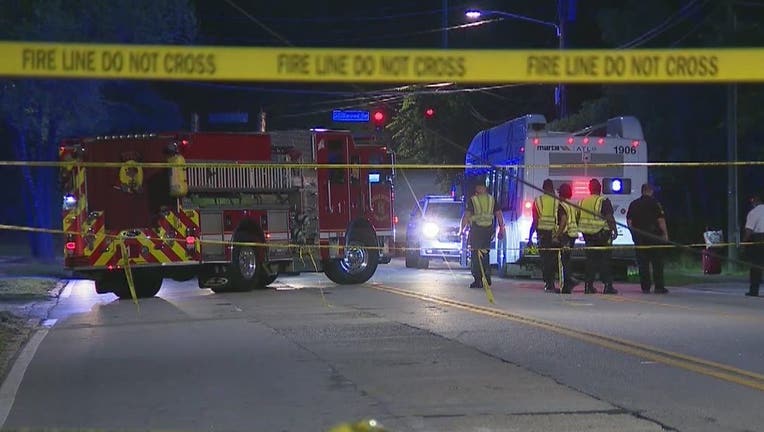 The 900 block of Briarcliff Road in Atlanta was blocked for several hours after a downed cable line on the morning of June 30, 2020. (FOX 5)

ATLANTA - A MARTA passenger was injured after the bus she was riding on was forced to abruptly stop.

It happened just before the morning commute on Tuesday in 900 block of Briarcliff Road. MARTA officials said the bus driver was forced to slam on the brakes after arriving at a downed cable line.

The woman came out of her seat when that happened, officials said. She was taken to DeKalb Medical Center with injuries to her arm and was later released.

Briarcliff Road was completely blocked in both directions for a couple of hours while crews worked to remove the cable line from the roadway. The road has since reopened.