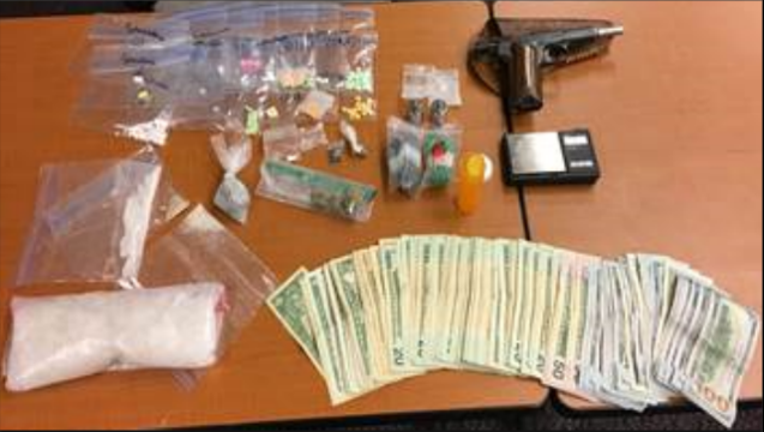 HALL COUNTY, Ga. - A man and woman were arrested Tuesday during a multi-agency drug bust in Buford, where authorities seized more than $40,000 worth of drugs, a handgun and thousands in cash.

On July 11, police say officers arrested Hoschton and Feaster at a campsite on Lanier Islands Parkway after a joint investigation by the Hall County and the Georgia National Guard task force teams. During the bust, officers seized a number of drugs listed in the above charges, with a street value of $41,800, along with drug paraphernalia and $5,600.

The couple is being held at the Hall County Jail.