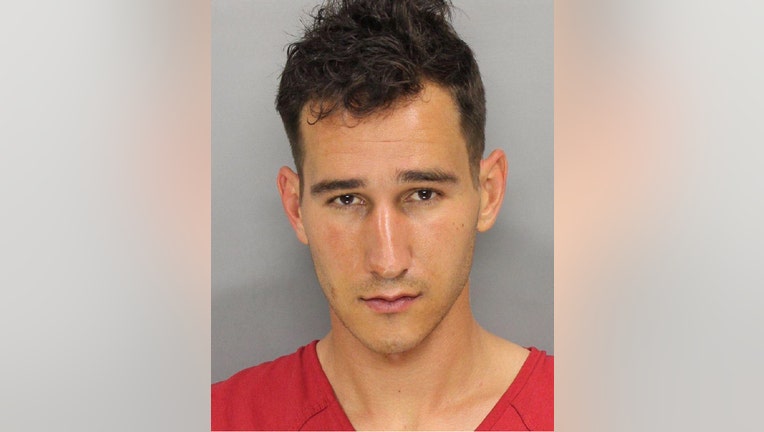 WASHINGTON - As officials seek clues about what prompted a Georgia man to fatally stab a Pentagon police officer, details of the suspect’s troubled past emerged Wednesday through interviews and court records.

Austin William Lanz, 27, was arrested last April for a break-in at a neighbor’s home and drew police attention months earlier for a harassment campaign involving sexually explicit photos and messages, according to interviews and records obtained by The Associated Press.

Investigators have not revealed a motive in the ambush-style killing of Pentagon police officer George Gonzalez, 37. But Lanz’s past brushes with the law, and neighbors’ accounts of recent menacing behavior, appear to suggest the violence was more likely the act of a troubled, violence-prone individual than part of a broader conspiracy.

"I wish there was a better way to address those mental health issues that people have," said Phillip Brent, who shared a backyard fence with Lanz in Georgia and describes repeated harassment directed at himself and his then-fiancee. "It feels like it was just a clear failure of our system to help someone out who needed that help."

The FBI on Wednesday said the burst of violence began around 10:40 a.m. Tuesday when Lanz exited a bus at the Pentagon Transit Center and stabbed Gonzalez without provocation. The two struggled and Lanz shot himself with Gonzalez’s weapon. Other "officers engaged the subject, who ultimately died at the scene," the FBI said.

The attack temporarily placed the U.S. military headquarters on lockdown and rattled the nerves of a region already primed to be on high alert for violence and potential intruders outside federal government buildings, particularly after the Jan. 6 riot at the U.S. Capitol. 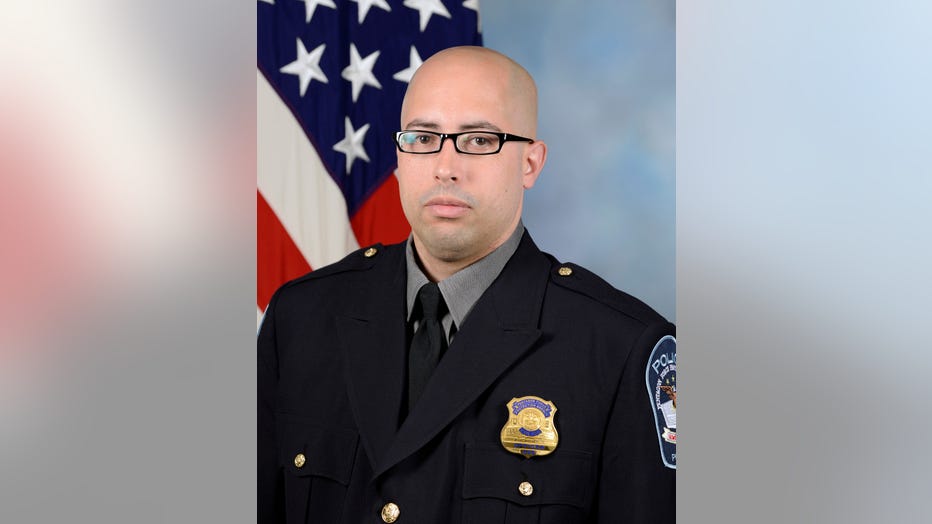 The Pentagon Force Protection Agency described Gonzalez on Wednesday as a "die-hard" New York Yankees fan and an Army veteran who served in Iraq and joined the police force in 2018. Defense Secretary Lloyd Austin said flags at the Pentagon would be flown at half-staff while the White House saluted Gonzalez as having "lost his life protecting those who protect the nation."

Meanwhile, investigators were continuing to examine Lanz’s background, including his criminal history, jail records, financial information and any online accounts, in search of a motive, a law enforcement official said.

Officials did not reveal why Lanz picked the Pentagon area for violence. Lanz had enlisted in the Marine Corps in October 2012 but was "administratively separated" less than a month later and never earned the title Marine, the Corps said.

One episode of likely interest to investigators is an April arrest in Cobb County, Georgia, in which Lanz was accused of breaking into Brent’s home in the Atlanta suburb of Acworth in the middle of the night with what police said appeared to be a crowbar.

He was recorded on video by the security system roaming the house for 13 minutes and turned on all the lights, which police said indicated that he’d been "searching through the residence for something or someone." He left without taking anything, according to arrest reports and court filings.

Lanz was arrested and booked on charges of burglary and trespassing charges. When informed he was being charged, Lanz objected, saying, "but I didn’t take anything," the arrest report said. He then made statements to a police officer about how planes had been flying over the neighborhood and tracking his cellphone.

While being processed at the county jail, Lanz, who was listed as 6 feet, 3 inches (1.9 meters) tall and roughly 190 pounds (86 kilograms), is alleged to have attacked two sheriff’s deputies in the intake area without provocation, including one who sustained a chipped bone and torn ligament in her knee. After he was restrained, Lanz reportedly accused the officers of being "gay" for teaming up on him and asked to be uncuffed so he could fight them one-on-one.

A judge reduced his bond in May to $30,000 and released him, imposing some conditions, including that he not take illegal drugs, that he undergo a mental health evaluation and that he not possess a firearm. The charges against him are still listed as pending.

A spokesperson for the Cobb County Sheriff’s Office confirmed that Lanz had been held at the agency’s detention center but referred all other questions to the FBI.

An attorney who represented Lanz in the Georgia cases didn’t immediately respond to messages seeking comment. Messages left with family members at Lanz’s home in Acworth were not immediately returned.

The April break-in was the culmination of a lengthy harassment campaign that involved sexually explicit and "vaguely threatening" messages that Lanz was caught on surveillance camera slipping into the mailbox of the neighboring home where Brent and his then-fiancee lived, Brent said.

The harassment briefly stopped after the police, presented with the video footage, confronted Lanz with a warning, Brent said.

But it later resumed, including in the form of a massive cardboard sign that was duct-taped on Brent’s front door and said, cryptically, on one side: "I’m done wondering for real" and "Wut is the point of that" on the other. 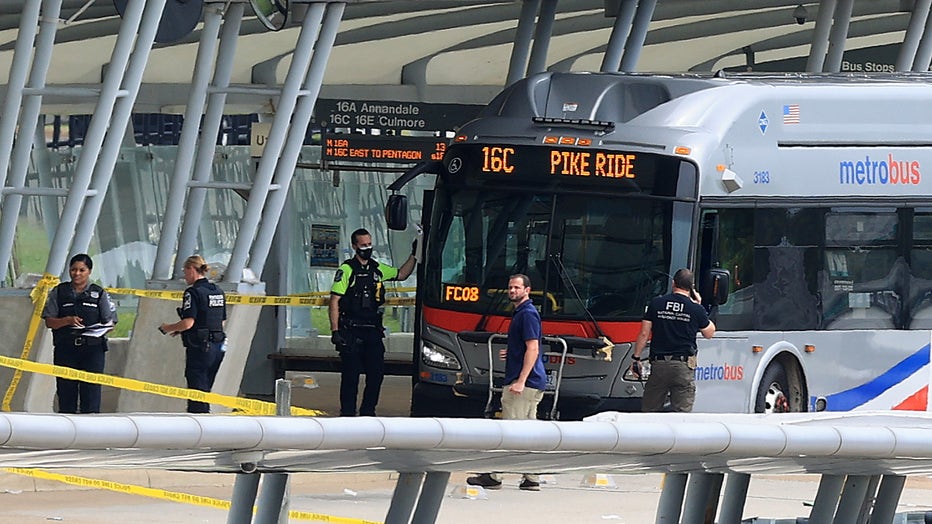 By the time of the break-in, Brent said, he was so unnerved that he was sleeping at his sister’s house. On April 24, around 4 a.m., he was alerted that the alarm company had reported a break-in at his home. He pulled up the surveillance system video camera on his phone, "and I was like, oh, it’s Austin."

He said Lanz broke in through the back door with a sledgehammer, opened all the blinds and rummaged through his bed. Though it is not mentioned in the police report, Lanz was also carrying a handgun, Brent said.

"It was terrifying," he said.

Brent and his former fiancee, Eliza Wells, said they were frustrated with the criminal justice system, which they say failed to initially treat the harassment claims with appropriate seriousness and then permitted him to be out on bond.

Brent said he recently learned from a prosecutor that Lanz’s lawyer was seeking a bond modification that would permit Lanz to travel to the Washington, D.C., area to work with his father, who did not return messages seeking comment.

"It just causes me to wonder what could have been done differently to help Austin mentally and give him the actual tools and resources if he needed, instead of just letting him out on bail and allowing him to travel out of state, and that sort of stuff," Wells said.