LEMON TOWNSHIP, Ohio - A purse-snatching suspect faces robbery and theft charges thanks to the heroics of a man who refused to be more than a bystander.

According to the Butler County Sheriff’s Office, 58-year-old Derek Vaughn stole the purse of an 87-year-old woman the morning of Dec. 5 before bolting out of the Kroger grocery store. Other customers heard the victim’s screams and began chasing after the suspect, the sheriff said.

Deshawn Pressley, 27, got to him first. Deputies said Pressley chased Vaughn into the parking lot, tackling him while another Good Samaritan retrieved the victim’s purse.

"I call it the equivalent of having the pitchforks after him," Sheriff Richard Jones said. "They were angry as hell. They were pissed off. I’m still pissed off over it."

Ohio purse-snatching suspect arrested after being tackled in parking lot

Police arrived at the store and arrested the suspect. The sheriff's office arranged a ceremony to praise Pressley for making a citizen's arrest.

Pressley said he and "Ms. P" had spoken inside the store just minutes before the theft. They had a conversation about Pressley’s 1-year-old daughter.

"It was the yell that I need help," Pressley explained. "And I just turned around and did what I had to do as a citizen. And I’m glad I helped her because she’s a wonderful, lovely lady. And I just love helping people — especially older women. They need love, they need security like every other woman."

He said his mother passed away when he was young, so his grandmother took him in — giving elderly women a special place in Pressley’s heart. 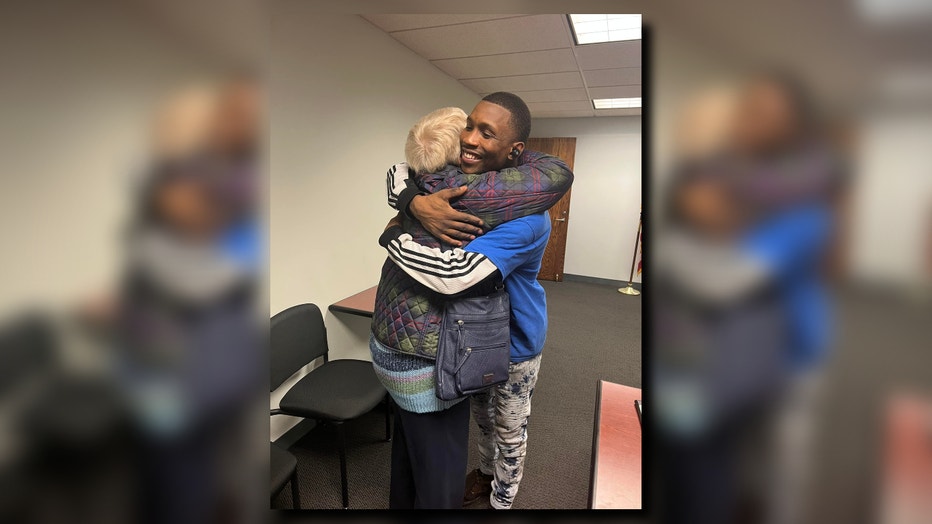 "I just know to help elderly people in need, definitely," Pressley said. "When I was young, I always shoveled snow for elderly women without paying. Like, I told them I didn’t even want the money. I just did it because I cared. I have a heart."

Pressley said the ceremony wouldn’t be the last time he and the victim see each other. They’ve scheduled a dinner date and they plan on remaining in contact.