Family fights for Paulding County man to return to Georgia

The man was admitted into an ICU at a Dominican Republic hospital after a nearly fatal fall during a vacation.

PAULDING COUNTY, Ga. - One family desperately wants to get a Paulding County man admitted into a local facility.

Right now, he's stuck in the Dominican Republic after surviving a near-fatal accident.

Clarice McNeese said her brother fell from a balcony while on a family vacation, crushing nearly every bone on his right side. She says they are in limbo right now because they can't find a local hospital that will accept him.

"He's not doing good with it. He just wants to come home," McNeese said.

Corey Hart has been in the ICU at a Dominican Republic hospital since last week.

"Everywhere we called, they were at full capacity with COVID. Everywhere you look now the ICU beds, it's full. Not just Georgia, it's Florida, it's everywhere you call. It sucks because you're watching him suffer," McNeese described. 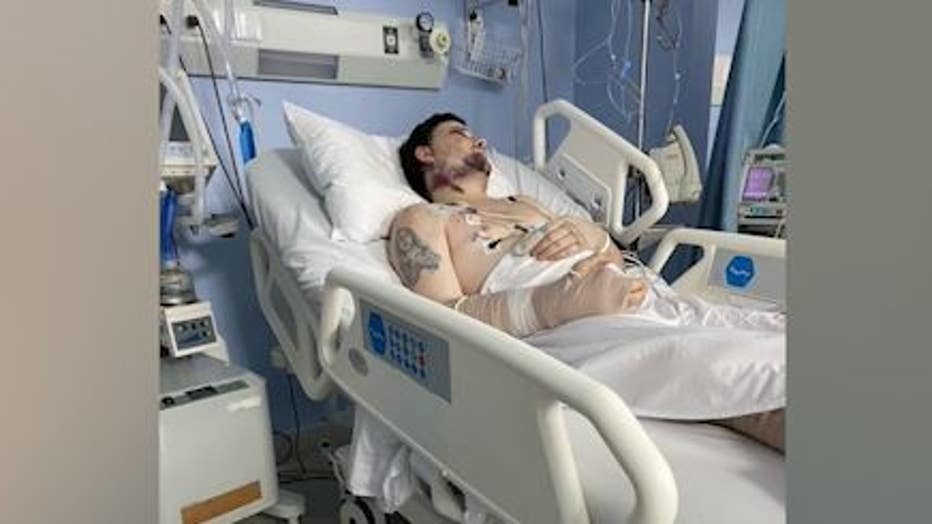 McNeese said Hart’s condition has improved after he underwent several blood transfusions and surgery and spent time on life support.

"He had some skull fractures, his hip needs to be completely reconstructed, his femur was broken basically like a toothpick. Because of all the fractures, he was bleeding internally," she explained.

McNeese said the family desperately wants to get the 31-year-old into a hospital here so he can continue treatment and get the best care possible.

More than 92 percent of ICU beds are in use statewide with many facilities at or near capacity, according to the Georgia Department of Public Health.

This is happening as we continue to see a rise in positive cases and hospitalizations here in Georgia.

"It's a different process when you're bringing someone that is coming from another country into our country that has a need for an ICU bed. If he was here, that wouldn't be the case, they would have to give him the medical treatment,' said McNeese.

Along with the burden of getting Hart closer to home, their medical bills have piled up.

McNeese said her brother doesn't have health insurance and they expect treatment will cost about $50,000.