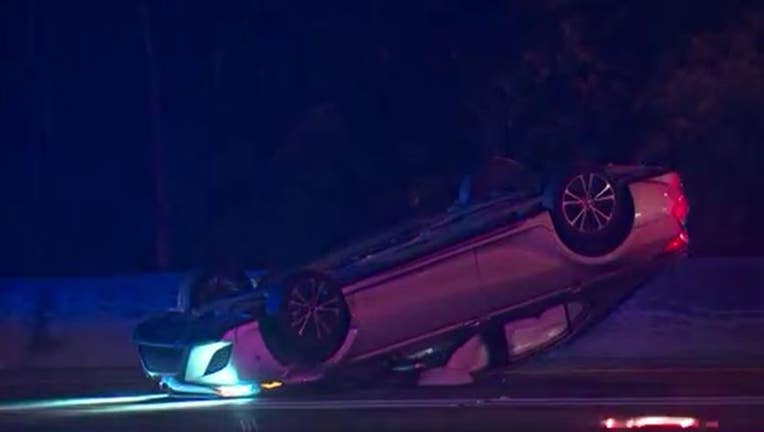 ATLANTA - A man has been killed after an early morning crash on the Downtown Connector Tuesday.

The deadly accident happened in the northbound lanes of Interstate 75 and 85 near Cleveland Avenue shortly after midnight.

Atlanta police say the man got into an accident, which flipped his car and led to him hitting another vehicle.

After the crash, police say the driver jumped over the median and was hit by another vehicle.

The driver involved in that crash stayed at the scene.

Officials have not yet released the identity of the victim.

No charges are anticipated in the deadly collision.