Man gunned down while unloading groceries

Man gunned down while unloading groceries

ATLANTA - A late-night grocery run turns deadly for a Southwest Atlanta man.  Police say the 42-year-old victim was gunned down as he unloaded the food from his car.

Around 11 p.m. Wednesday, the victim returned to his house in the 1000 block of Camilla Street. Not long after another car pulled up, possibly a blue four-door Kia. Four men jumped out of the second vehicle and at least one of them fired three shots. The victim died next to his car, right in front of his own house. 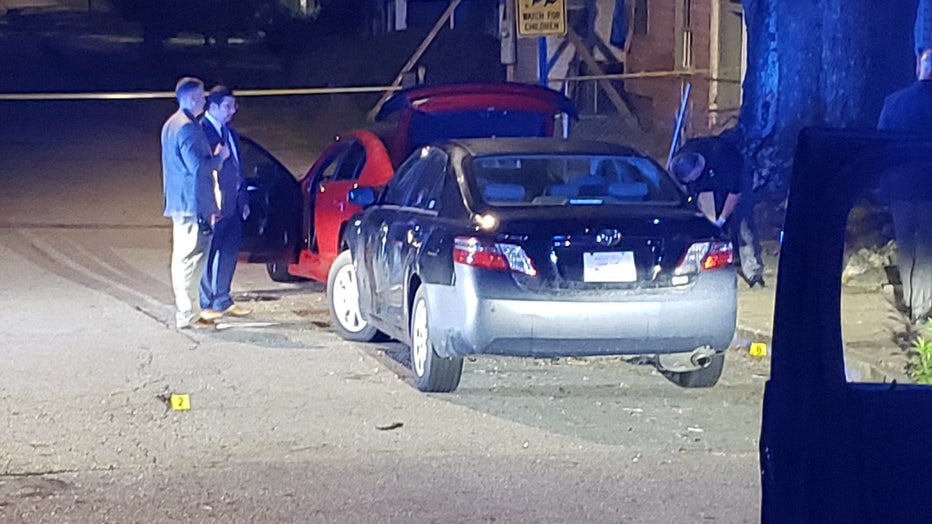 Police say the gunmen went through the victim's car but they aren't sure if they took anything.  It is possible that they stole a gun from the victim because when police found him he had a holster but no weapon.

The killers jumped back into their car and were last seen heading up Camilla towards Joesph E. Lowery Boulevard.  Their description is vague, only that they were wearing dark hoodies.

Detectives did catch one break.  The crime happened right under a surveillance camera.  They plan on coming back in the morning and trying to see if it capture any video that can help them ID the gunmen.