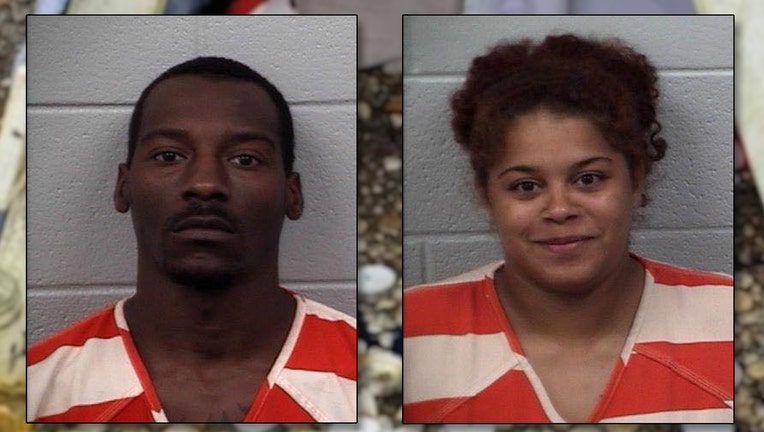 ATLANTA - A man was arrested for the murder of his half-brother, the Paulding County Sheriff’s Office said. That man’s girlfriend was also taken into custody for helping to cover up the crime, detectives said.

Octavious Leonce Bates, 29, was arrested on Monday at a home along Ivy Drive in Dallas. He was charged in connection to the death of 31-year-old Lindsey Darnell Foster, who deputies said was his half-brother.

Kristen Taylor Moore, 28, who detectives identified as Bates’ girlfriend, was also arrested for hindering apprehension or punishment of a criminal and tampering with evidence.

Foster was found shot to death in the parking lot of the Country Gardens Apartments on Harmony Path just before dawn on July 2, investigators said.

Bates is being charged with malice murder, murder, aggravated assault, possession of a firearm during the commission of a crime, tampering with evidence, and stalking.

Both Bates and Moore were booked into the Paulding County jail.