Man arrested in connection to death of woman ejected from Lamborghini

Alfred Megbuluba is charged with felony murder, theft by taking, and more. He surrendered at the Fulton County jail on Monday.

ATLANTA - Police said a 31-year-old man has turned himself into authorities in connection to a woman who died after being ejected from a Lamborghini in Buckhead last week.

Investigators said on the night of Oct. 11, 28-year-old Catherine Khan was ejected from Lamborghini near the intersection of the Peachtree Road and Piedmont Road in Buckhead. Police said the woman was in an argument with a man before getting into the car, where the altercation continued.

Detectives have not said if the victim was pushed or maybe jumped to escape the fight.

First responders rushed Khan to a hospital, but she died of her injuries.

"Mr. Megbuluba is not guilty of the charges lodged against him," Sadow said in a statement. "The death of Ms. Khan was a tragic accident. We expect the evidence at trial to show that she may have been intoxicated and jumped or fell out of the vehicle on her own accord."

Megbuluba was on probation when Khan was killed.

A court staffer told the judge that the Lilburn man has a prior arrest for reckless conduct and willful obstruction of a law enforcement officer out of Gwinnett County and was sentenced in that case in August. 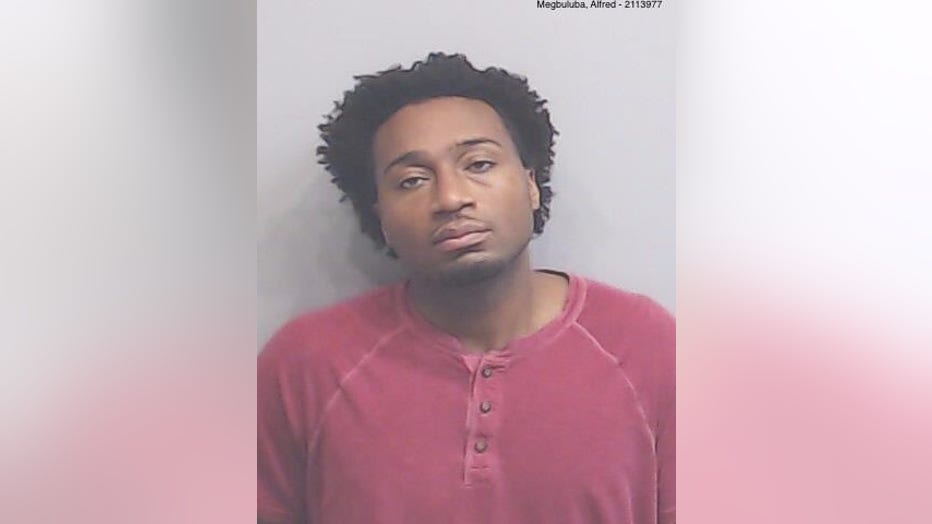 Khan said their daughter was an organ donor and they find some solace that her death helped to save two lives.

Megbuluba remains behind bars without bond.