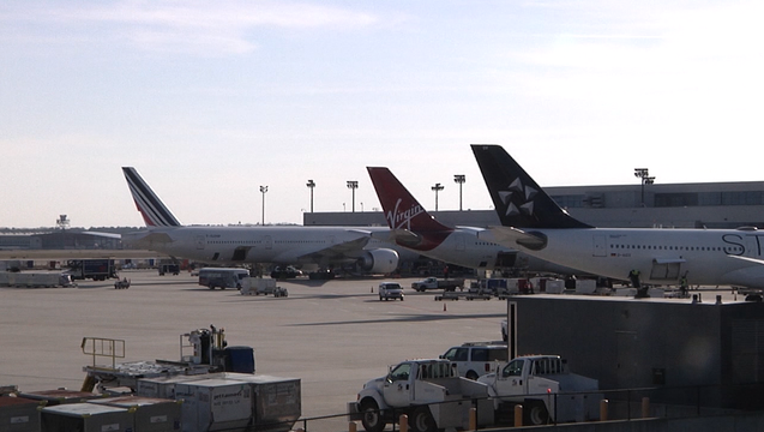 U.S. Customs and Border Protection officials said in a statement that Elvis Henry Idada, 31, was arrested after he arrived on a flight from Nigeria.

Idada is in custody of the Clayton County Police Department.

Officials say he is a Boston resident.