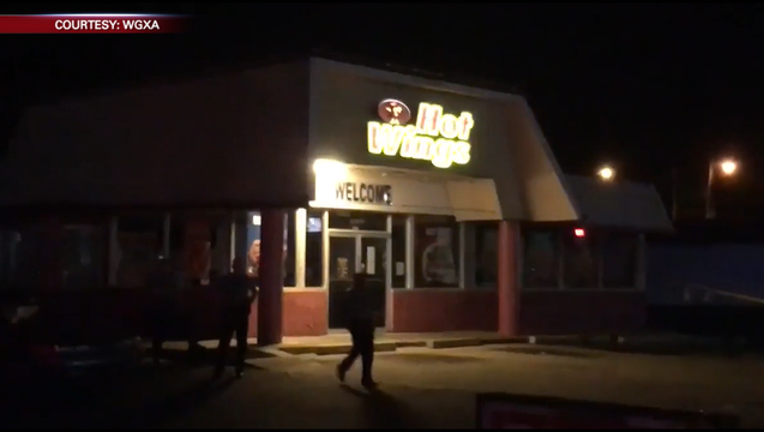 MACON, Ga. - The Bibb County Sheriff's Office is searching for a gunman who killed a Macon restaurant worker Wednesday night.

Instigators said the worker had just walked out of the Hot Wings Plus on Pio Nono Avenue around 10:15 p.m. after closing up. According to deputies, the victim got into his car, then a gunman approached and started shooting.

The gunman took a bag of money from the employee and drove away, according to deputies.

The victim later died at the hospital.

Two other employees who were in the parking lot were not hurt.

Anyone with information is asked to call the Bibb County Sheriff's Office at 478-751-7500.