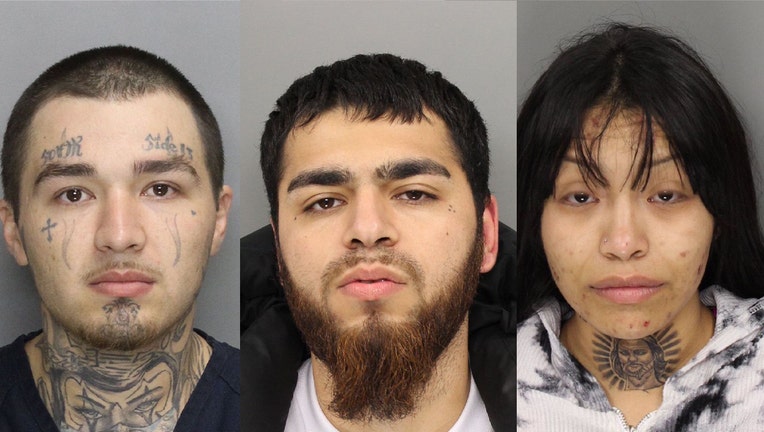 MABLETON, Ga. - Police in Cobb County have released the identity of the three people being charged with violently snatching three children away from their father last week and driving them to their mother 20 miles away in another county.

Martine Cuellar, Simitrio Garcia, and Clarissa Zuniga have all been charged with felony aggravated assault, cruelty to children, and burglary-home invasion.

Danny Bernal was with his children in their home in Mableton. He said just before 9 p.m. his ex-wife, who is the mother of the children, and several masked men barged through the front door of the home. Bernal said the men punched him and stabbed him with a crowbar.

The three people seen on video storming into a Mableton home and kidnapping three children have been identified.

Bernal said as he was being beaten his ex-wife grabbed their three daughters and took off. The girls are just 2, 5, and 6 years old.

The 31-year-old father had cuts and bruises all over his body. He was rushed to the hospital as Cobb County police searched for his children.

Officers rescued the children at a motel in Decatur.

Cobb County police said a woman and masked men snatched children from their father. The whole thing was caught on home surveillance video.

Bernal said his two other children were also at the motel, all five are now safe and with family members.

Investigators took the mother and her accused accomplices to the police department.