A UGA graduate and journalist has been struggling with lingering COVID-19 symptoms for the last seven months. She is now on the road to recovery.

ATLANTA - A 27-year-old is learning how to properly breathe and speak again. Noelle Lashley is a COVID-19 long hauler.

Born and raised in Cartersville, the University of Georgia graduate says she was born to be a journalist. When the unprecedented pandemic hit the U.S., she was working as a reporter in Washington State.

"I figured that getting sick was going to be a 'when' not an 'if' because, at the end of the day, I'm here to do my job. I'm going to go where the stories are," Lashley passionately said.

But when she did reach that moment, Lashley says she never expected the deadly virus would rob her of much more than her health. She tested positive in November of 2020, and now, seven months later, she's still feeling symptoms and is unable to go back to work as a reporter.

"It just wrecked me and I don't know if I'll ever know exactly what made me go down so hard," says Lashley.

"I am going to therapies or doctor's appointments two to four times a week," described Lashley.

She says her symptoms felt like a painful sinus infection at first, but eventually, she lost her sense of taste and smell. Within two months, she lost her voice, forgot how to breathe properly, felt exhausted and weak all the time, and was having trouble with her memory.

"I developed an unhealthy breathing pattern and I'm literally being retaught how to breathe because my body was so traumatized by what I went through with COVID," Lashley explains.

When Lashley was sick, she struggled to find others facing the same symptoms. She says that's why she decided to document her recovery on social media. She says, "I figured because I can't report on anyone else right now, I might as well be reporting on what's happening to me."

Her posts garnered a lot of attention, and she says she found people reaching out to her claiming they were facing the same struggles.

"I'm really glad my posts are at least helping people, who are really in the thick of it, feel a little less alone," she says.

Lashley found comfort in that, but there were moments her faith faded. She recalls, "at my worst, I was sitting in my apartment on the other side of the country from my family being terrified I was going to die. I remember thinking about what I hoped someone would or wouldn't say in my obituary."

"I remember thinking, 'Am I dying? What is wrong with me? I can't find anyone like me'," said Lashley.

She's come a long way since then. A big part of that has been speech therapy. She started in February with a coarse, distressed voice. But after two months, her voice is sounding much better, although she says it's still not completely back to normal.

But it's not just having to relearn how to speak and breathe. Lashley struggled with her memory too. When she was really sick, she says, "I would forget what I was saying while I was saying it. I'd be in the middle of a sentence and suddenly I couldn't remember what I was talking about." 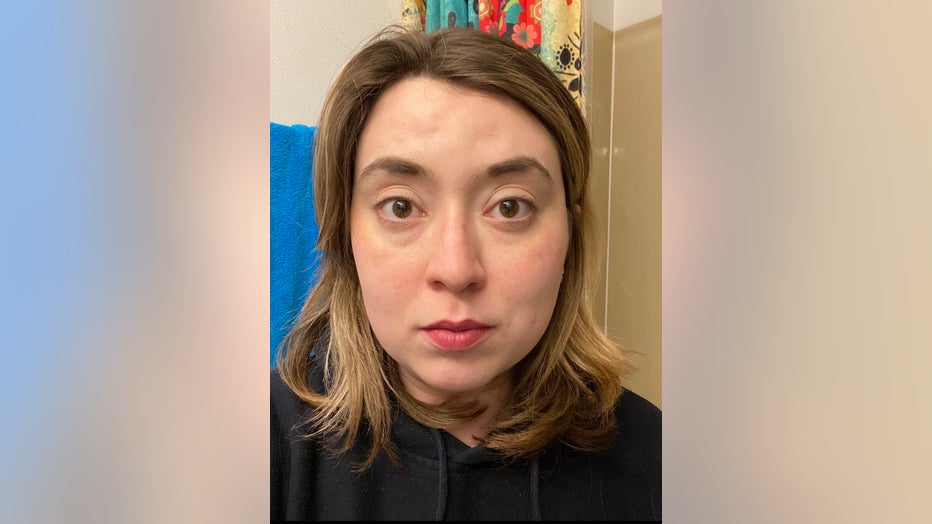 Since then, she says she still experiences brain fog and has trouble retaining and repeating back information. She says, "if you tell me something I need to remember or I read something, it's difficult for me to remember it enough, to say it back to you." But she's taking matters into her own hands, working on puzzles to stimulate her brain daily.

Lashley is also working on getting back her strength. She was in shape before testing positive, but even more than a year later she says she is "extremely weak." Lashley says, "in physical therapy, the exercises I'm doing for my upper body are with one-pound hand weights."

"I get so out of breath and sweaty and heart-pounding from that little bit," explains Lashley.

The young woman has mild asthma. But she points out that some of her family members, who are much older than herself, have pre-existing health conditions that are considered worse off on the CDC's list of pre-existing health conditions. That's why she says she has no idea why her reaction to the virus has lasted months when family members who have tested positive came out completely fine.

"To use a southern phrase, age is nothing but a number," says Lashley. "Your age is no guarantee that you're not going to get so sick. You are playing a horrible game of roulette because you don't know if you're going to be okay or not," warns Lashley.

That's why Lashley has gotten both of her COVID-19 vaccine shots. She says the side effects were "nothing" compared to what she's been through and she doesn't want to risk testing positive for a second time. 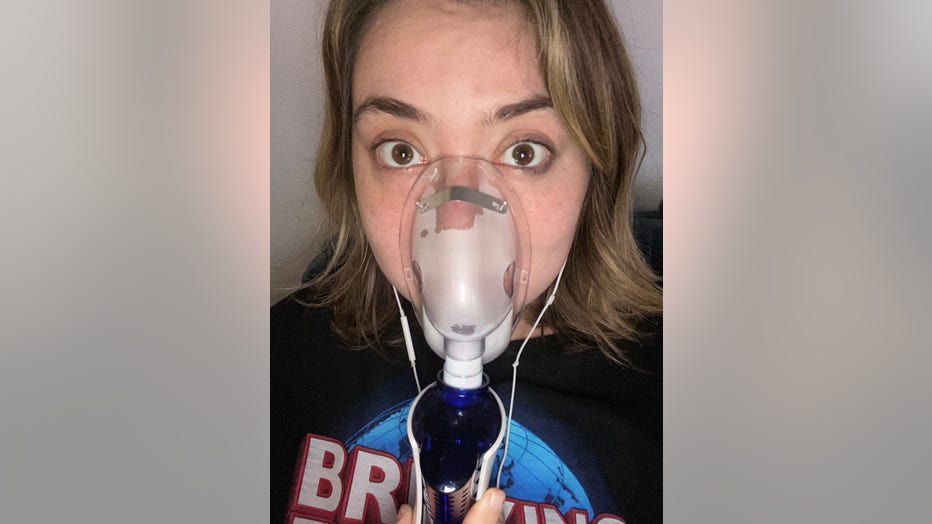 Despite a grueling seven months of recovery, and more to go, Lashley has a positive outlook for herself. She says, "the only way out is through. This has not ended my life, this is just a pause while I come back from it."