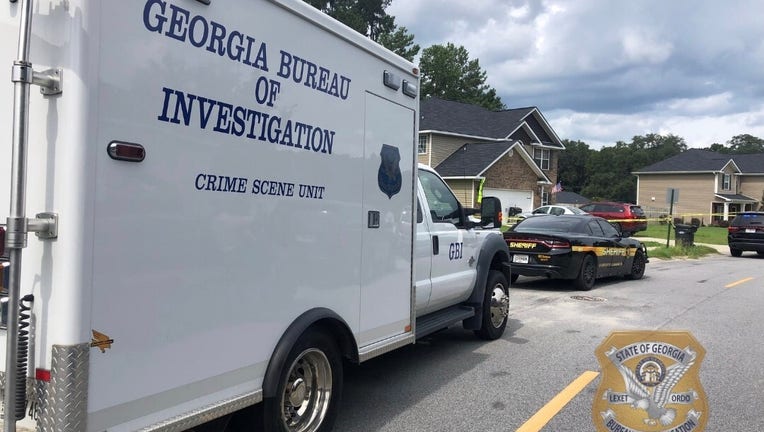 LIBERTY COUNTY, Ga. - A man who held his wife and children hostage inside their home ended up dead after a standoff that lasted several hours, a Georgia sheriff said.

The Georgia Bureau of Investigation is working to determine whether the man shot himself or was killed by gunfire from law enforcement officers trying to enter the home in Liberty County southwest of Savannah.

Liberty County Sheriff William Bowman said deputies were called to a home on the 100 block of Maggie Lane in Allenhurst on a report of a domestic dispute Saturday morning. It turned into a hostage situation, with 45-year-old Daryl Jay Carr holding his wife and three children — one of them a visitor — inside the home and threatening to shoot police.

Negotiators got the man to agree to release the children, and his wife later escaped by jumping from a second-floor window onto a trampoline set up by officers.

Bowman said officers in tactical gear surrounded the home and eventually sought to end the standoff using tear gas and a flash-bang grenade. Shots were fired as officers entered, and the man was found dead. The sheriff said it wasn’t clear if the suspect shot himself or was shot by officers.

No officers were injured in the standoff.

The GBI is independently investigating the shooting and had an autopsy for Carr scheduled for Monday.