The security guard was held at gunpoint and then shot during a robbery attempt Sunday evening after the mall was closed.

ATLANTA - Atlanta police are investigating after a security guard was held at gunpoint and then shot during a robbery attempt at Lenox Square Mall Sunday night.

According to witnesses, around 8:30 p.m. two masked gunmen appeared to attempt to enter the mall after it was closed.

One suspect took off and ran across the street into the Westin reception area, a hotel employee said. 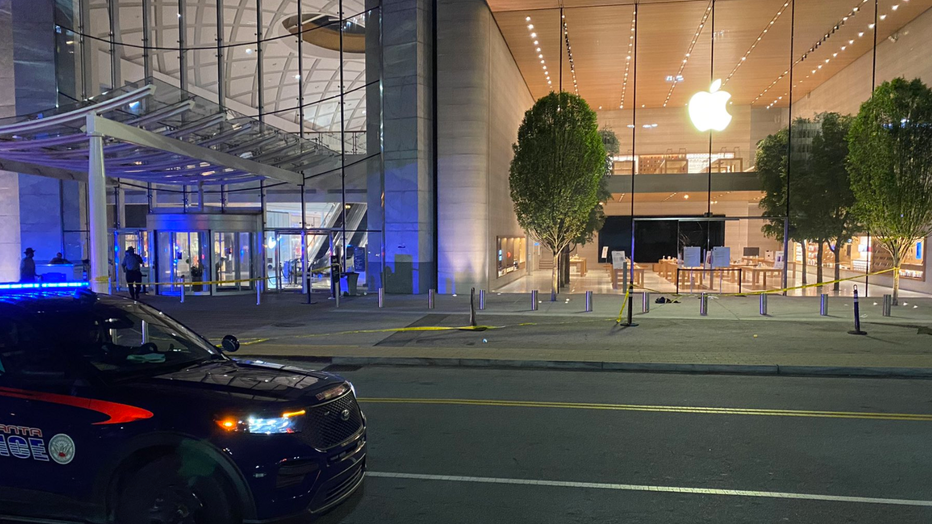 The front of the Apple store at Lenox Square was damaged during the incident.

According to officials, the security guard was taken to a nearby hospital and is listed in critical condition.

This story is breaking. Watch Good Day Atlanta for updates.