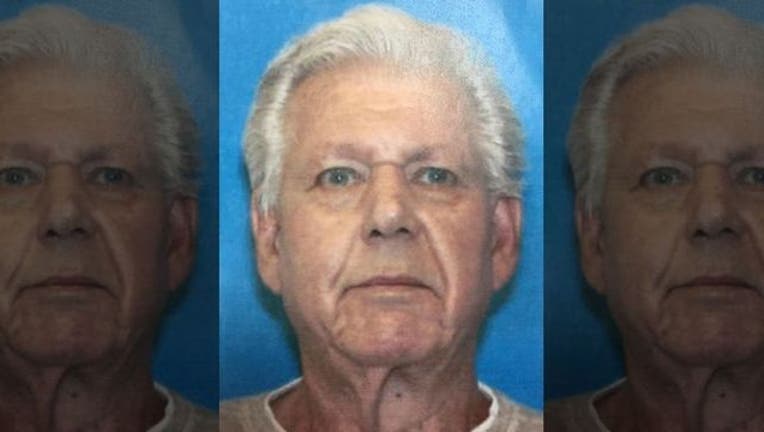 HARTFORD, Conn. (AP) — A Connecticut man who spent 48 years on the lam after escaping from a work camp in Georgia is in poor health and will ask officials to commute the rest of his 17-year sentence because returning him to prison would amount to a death sentence, his lawyer told The Associated Press on Friday.

Robert Stackowitz, 71, was arrested Monday at his home in rural Sherman, after officials processing his Social Security application discovered a warrant for his arrest.

Imprisoned on a robbery conviction, he escaped in 1968 from a prison work camp in Carrolton, Georgia. He's now detained on $75,000 bail pending an extradition hearing June 6.

"He's in poor health and this is effectively a death sentence," Pattis said.

Pattis said he will ask the Georgia Board of Pardons and Paroles next week to commute Stackowitz's sentence, as well as pardon him for any crimes related to his escape. Pattis' arguments include that Stackowitz has spent the past 48 years living a law-abiding life in Connecticut and is fully rehabilitated.

"After 50 years of lawful behavior and living as a good citizen, we'd like to think he's paid his debt to society," Pattis said. "Frankly, why law enforcement would care about this man at this point is a mystery to me."

The Pardons and Paroles Board will review Stackowitz's case upon his return to Georgia, board spokesman Steve Hayes wrote in an email to the AP on Friday.

"The board will consider all information, including the circumstances of his arrest, conviction, escape and his conduct in the 48 years since his escape," Hayes wrote.

Pattis also provided previously undisclosed details of Stackowitz's life before the robbery and on the lam, including stints as a high school auto shop teacher, Ford dealership mechanic and boat repairman.

Stackowitz grew up in Bridgeport and did modeling as a child. He later got married and had a daughter. He divorced at age 22, which broke his heart and prompted him to hit the road traveling for a while.

Stackowitz ended up in Georgia in 1966, where he met two other men who asked him to be the getaway driver for a home burglary in Henry County, Pattis said, but the homeowner was there, and the burglary turned into a home invasion robbery. Pattis said no one was injured.

All three men were arrested and sentenced to prison.

While in prison, officials learned of Stackowitz's mechanic skills and allowed him to tune up the warden's car and work on school buses at a facility next to the prison camp, Pattis said. It was at the bus facility where he escaped from custody.

Stackowitz, apparently with enough cash to buy a plane ticket, went straight to an airport and flew back to Connecticut. He went on to teach automotive class at Henry Abbott Technical High School in Danbury and worked at a few Ford dealerships, Pattis said.

He eventually settled in Sherman, a small town in western Connecticut along the New York border where he repaired boats at his home. In Sherman, he went by the alias Bob Gordon, but some people also knew him as Bob Stackowitz, Pattis said.

Stackowitz never remarried, but lived for several years with a woman who later died of cancer, Pattis said.

"This is a great guy who made horrible mistakes as a young man," Pattis said. "He would freely admit that what he did was wrong. My hope is that Georgia officials will be inspired by a realistic view of justice."