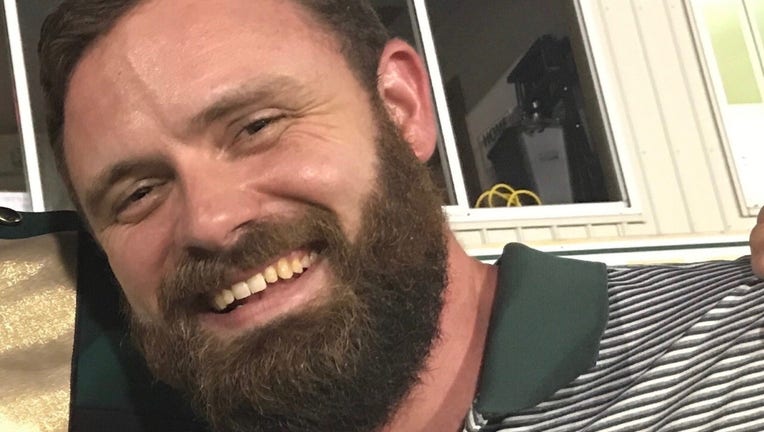 Christopher Burns is wanted by the FBI for a mail fraud investigation. (FBI)

ATLANTA - A lawsuit filed Wednesday accuses an Atlanta area financial adviser who went missing a month ago of running a Ponzi scheme.

The lawsuit says Christopher Burns and companies he controlled ran the scheme using illegal promissory notes. Federal authorities have charged him with mail fraud and obtained a warrant for his arrest, according to online court records.

The FBI on Tuesday asked for the public’s help to find Burns.

Burns was a well-known financial adviser who “claimed to be an investment guru” and had a Sunday morning show on local radio and regularly appeared on local television to provide investment advice, the lawsuit says. That helped him gain the trust of potential investors, the suit says.

“Burns made himself appear to the public as a charismatic, competent, and trustworthy family man,” the lawsuit says.

Burns left his home in the Atlanta suburb of Berkeley Lake on Sept. 24, a day before he was supposed to give documents related to his business to the Securities and Exchange Commission, according to a sworn statement from an FBI agent filed in court.

His wife filed a missing person report with police in Gwinnett County the next day, saying she had not been in touch with him since the evening before. Burns had told his wife he was going to his parents’ home in North Carolina, but they never saw him and were not expecting him, the agent’s statement says.

The vehicle he was driving was found abandoned in nearby Dunwoody and copies of three cashiers checks totaling more than $78,000 were found inside, the FBI agent’s statement says.

Burns, who is also being investigated by the IRS, did business through several companies, including Investus Advisers, LLC, Investus Financial, LLC, Dynamic Money and Peer Connect, LLC, the FBI has said.

Burns offered his friends, family and clients an investment opportunity in a “peer to peer” lending program offering “attractive returns in short periods of time,” according to the agent’s statement. The investors were told their money was to be loaned to businesses in need of financing with little or no risk, and they received promissory notes associated with the investment, the agent’s statement says.

The class action lawsuit was filed on behalf of Susan Zimmerman and other victims of Burns’ alleged scheme. Between January 2018 and September 2020, Zimmerman invested about $350,000 of her retirement savings with Burns, the lawsuit says.