Large piles of trash sit outside Atlanta apartments for weeks

Residents say no one’s picked up the trash in at least two weeks and it’s now visible from the main street.

ATLANTA - For nearly three weeks, those living at Cascade Glen apartments in Southwest Atlanta have held their noses because a private company has yet to remove leaning piles of trash from the parking lot.

FOX 5’s Alex Whittler reached out to Atlanta, the city of South Fulton and Fulton county’s Departments of Public Works.

All three local governments said the trash at the Cascade Glen apartments is not their responsibility. 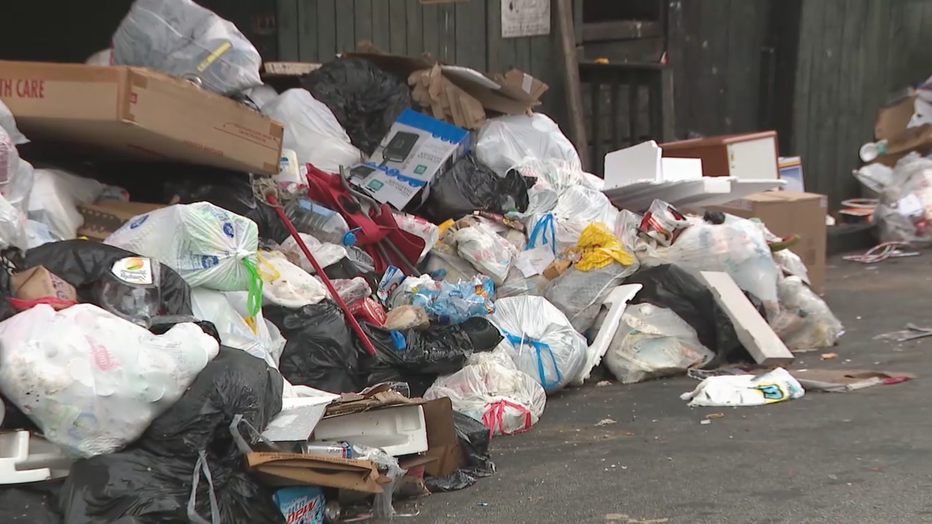 Several viewers reached out to FOX 5 with photos, describing the smell as “horrific,” and concerned about the piles attracting unwanted pests such as rodents and roaches.

Neighbors who didn’t want to show their face on camera say no one’s picked up the trash in at least two weeks and it’s now visible from the main street.

A bird’s eye view of the mess from SkyFOX 5 revealed dozens of black and white trash bags festering in the summer heat, inching toward tree branches in the apartment’s parking lot.

Whittler reached out to the apartment complex for an explanation and has yet to receive one, although neighbors say management has responded to their inquiries in the past, but the trash still remains.

Whittler also reached out to Meridian Management Group, the company over the Cascade Glen Apartments, for comment. The management group didn’t immediately respond to emails.