ATLANTA - A tae kwon do studio may seem an odd place for a life-changing experience.

But here Amanda Hayhurst was, at the Atlanta Choong-Sil School in Suwanee, Georgia, watching one son try out for his black belt, holding the other, a baby, in her arms.

"He was getting a little bit fussy, so I took him over to the side of the room, just to console him, and that's when I looked up and I saw the flyer," Hayhurst remembers.

It was one of hundreds printed and posted all over north Gwinnett County by 50-year-old Vonchelle Knight and her daughters Caya and Courtney, who worked at the studio.

Knight had polycystic kidney disease, and with no one in her family able be her donor because of medical reasons, the Northside Hospital analyst and single mom had been on a transplant waiting list for 8 years, sleeping every night hooked to a dialysis machine, her life on hold.

"It's almost like I knew I was going to be a match before I finished reading (the flyer)," Hayhurst says.

Hayhurst says couldn't stop thinking about Knight, so she quietly decided to undergo testing to see if she might be a match for her.

In January of 2018, Hayhurst donated a kidney to Knight at Piedmont Atlanta Hospital.

Now, nearly 2 years later, Amanda Hayhurst is back in the hospital, this time at Children's Healthcare of Atlanta at Scottish Rite. 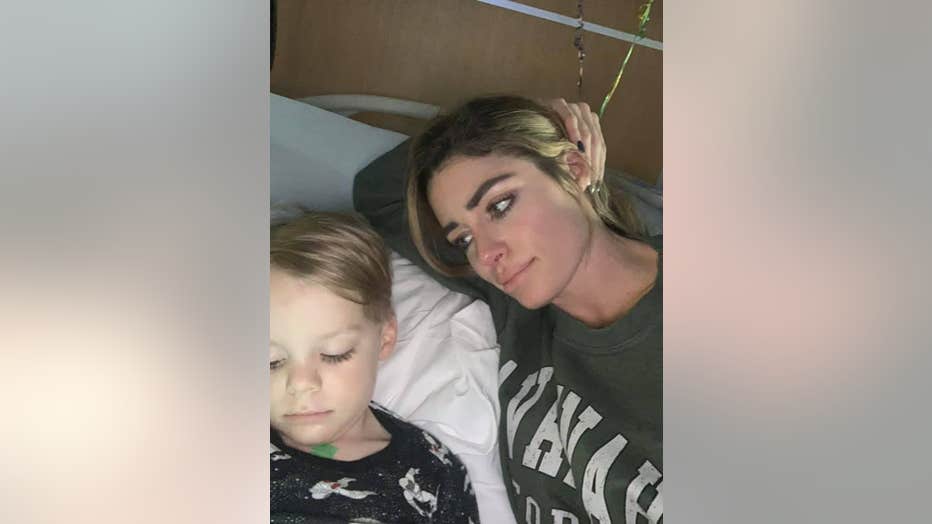 "It's still really surreal, that we're living this," she says.

Because the baby Hayhurst she was holding when she saw that flyer in the fall of 2017, Reese, is now 3. 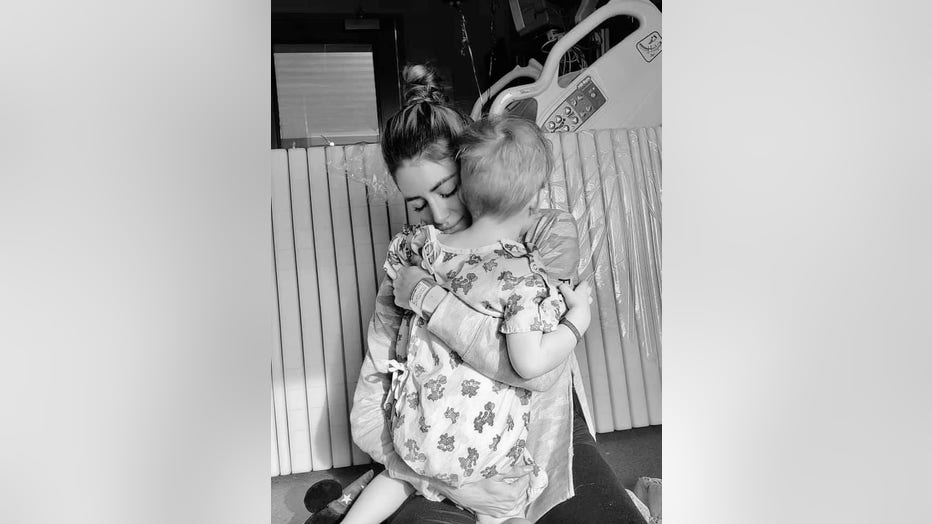 In early December, he was diagnosed with a rare, difficult-to-treat leukemia.

"Some days we're super strong and other days we just break down," Hayhurst says.  "It's a rollercoaster."

The woman who once answered a stranger's prayers is now asking people to pray for her son. 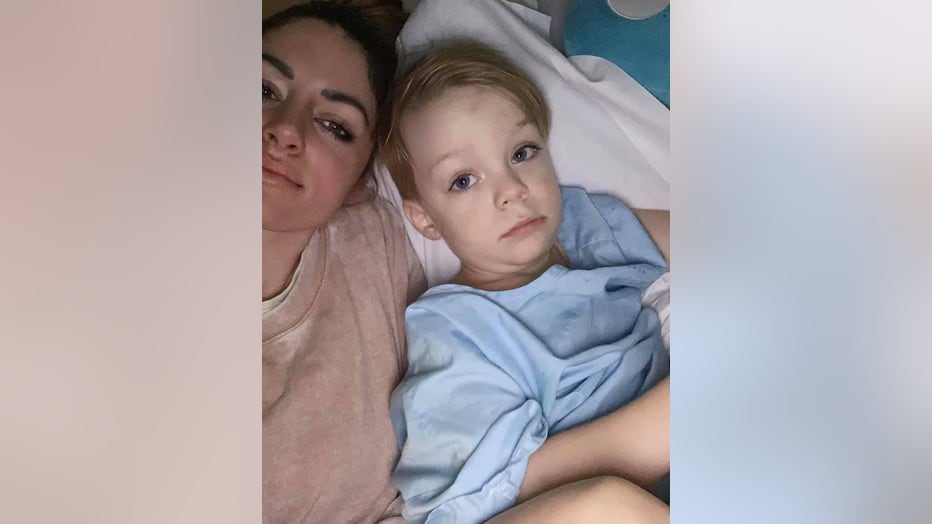 "We just really believe in the power of prayer, and we want as many people to know about Reese's story, so they can join us in this fight and praying for him," Hayhurst says.

Because of the pandemic, and the hospital's strict safety precautions, the Hayhursts must go it alone at the hospital. 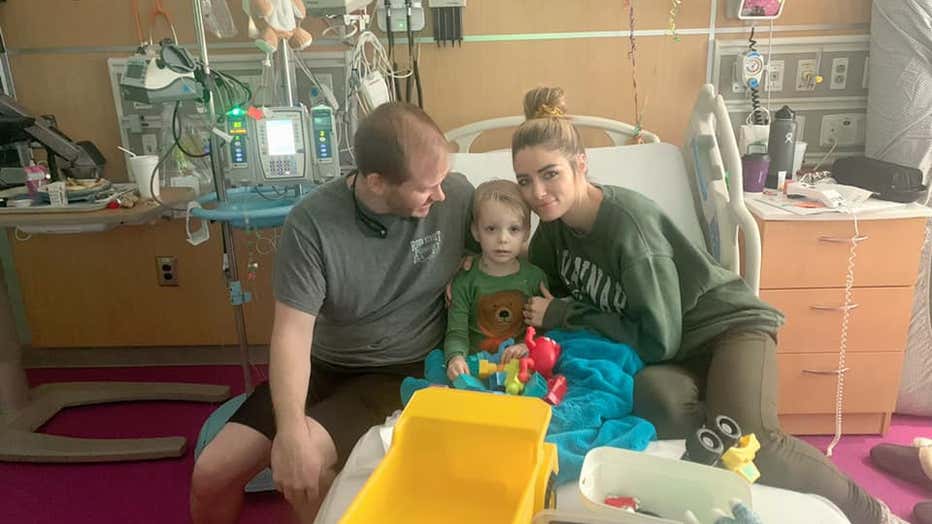 Marcus Hayhurst, Amanda's husband, says that feeling of isolation has been hard on all of them, but especially Reese.

"His medication is making him depressed, so he needs to see family members, to bring in a nice smile and just tell him they love him," Marcus Hayhurst says. 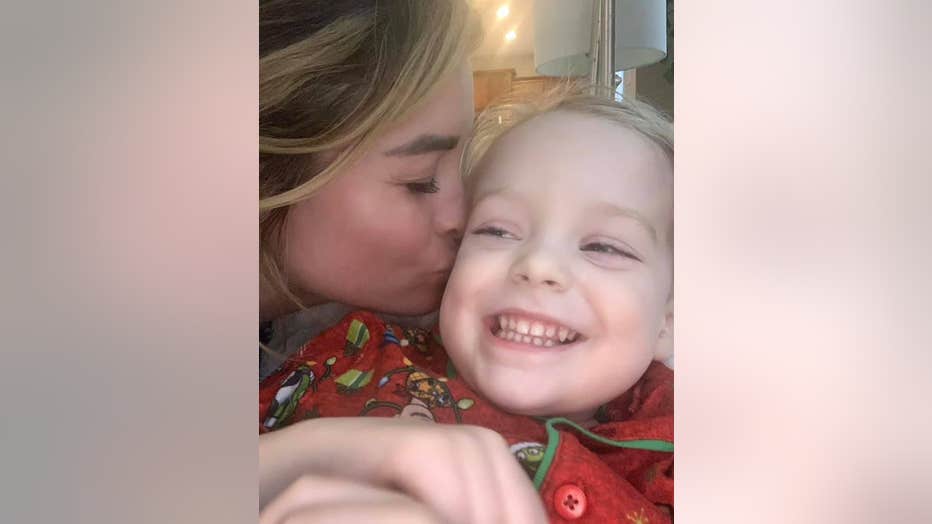 "I think the hardest part for Reese is not being able to see his brother and his cousin, who lives with us," she says.

Hoping for support, the Hayhursts have created a Facebook page www.facebook.com/RootingforReese."

"I think that's the biggest thing right now, to go to that page and join us in praying for Reese's life," Amanda Hayhurst says. "That's all we want, is for our baby to be healed. Having people join us in this fight is all we want."

The Hayhursts made it home from the hospital just days before Christmas.

Reese is expected to go through at least two years of cancer treatment, they say.