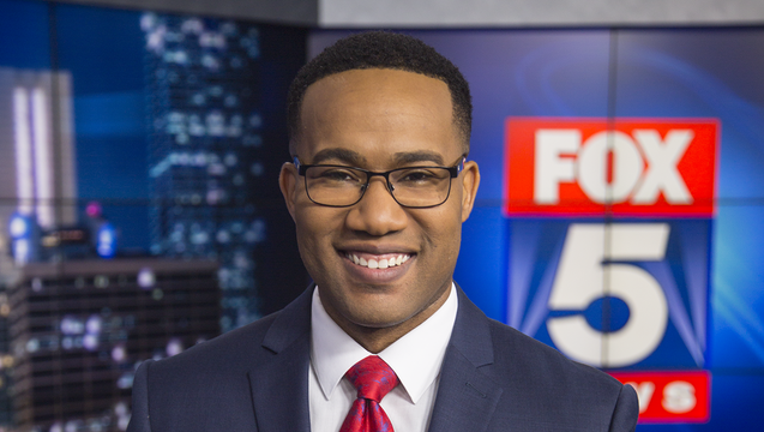 Kerry Charles is an anchor and reporter for FOX 5 News. Prior to joining the station, he spent seven years as a morning news anchor in the Greensboro, N.C. area. Kerry has worked at stations in Cincinnati, Columbus (OH), and Shreveport, LA.

Kerry’s career has taken him to some of the biggest stories in recent history. He went to our nation’s capital to anchor coverage of the shooting that took place during the practice for the 2017 Congressional Charity Baseball Game, spent two weeks on the road reporting from both national conventions during the 2016 presidential campaign, then covered the inauguration that followed. In 2012, Kerry followed the campaign trail to Charlotte to report live from the Democratic National Convention. He has covered a number of memorable stories including the 50th anniversary of the March on Washington for Jobs & Freedom, special commemorations at the National D-Day Memorial (Bedford, VA) to mark 70 years since the allied invasion along the beaches of France to retake Europe from Nazi Germany, the shootings at Emanuel AME Church in Charleston, and the removal of the Confederate Flag from the grounds of the South Carolina statehouse.

Being involved in the community is very important to Kerry. In addition to serving as a mentor to aspiring journalists, Kerry is the inspiration behind an ongoing effort to provide financial literacy workshops, free lunch, grooming lessons and free haircuts to elementary and middle school students. He is a member of Phi Beta Sigma Fraternity, Incorporated, as well as the National Association of Black Journalists.

In April 2018, Morehouse College inducted Kerry into its MLK College of Ministers and Laity. The honorary college honors professionals who, in part, use their platform to better the lives of others.

An Emmy award winner, Kerry was named a University of Cincinnati Communication Alumni Champion (2014). The distinction was only bestowed upon 50 alumni in the Department of Communication’s history. It helped mark the department’s 50th anniversary. Communication Alumni Champions have gone on to achieve success in their careers or professions, have made a big a difference in their local communities, or have provided significant support to UC or the department.

Kerry grew up in Columbus, Ohio, but has family throughout metro Atlanta.

Have a story idea or news tip? Kerry wants to hear from you. Email him at kerry.charles@foxtv.com. In the meantime, look for him anchoring FOX 5’s weekend evening newscasts and reporting throughout the week.