ATLANTA - Gov. Brian Kemp allowed the statewide shelter in place order to expire as planned but announced that he is extending Georgia's public health state of emergency through June 12, 2020.

"I am urging Georgians to continue to stay home whenever possible. I want to thank the people of our great state who heeded public health advice, afforded us time to bolster our healthcare infrastructure, and flattened the curve. We were successful in these efforts, but the fight is far from over," the governor said in a statement released to FOX 5.

Though the shelter in place order has expired, businesses across the Peach State have been instructed to continue to operate with strict social distancing and sanitation rules to keep customers and employees safe through May 13.

SEE ALSO: Q&A: What to expect when visiting newly reopened businesses in Georgia 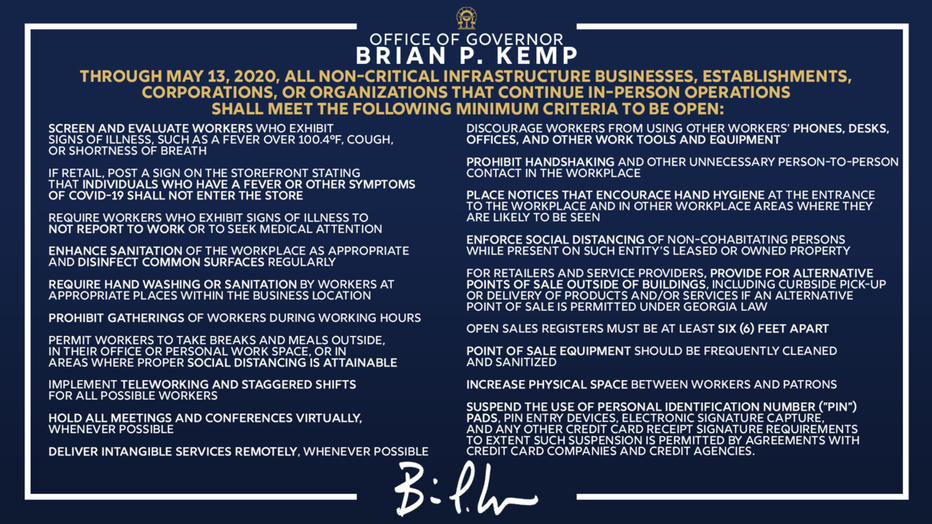 Dining rooms and restaurants are not allowed to have more than 10 patrons per square 500 feet, excluding hallways, bathrooms, and spaces closed to patrons.

"The health and well-being of Georgians are my top priorities, and my decisions are based on data and advice from health officials. I will do what is necessary to protect the lives – and livelihoods – of our people," Kemp said. 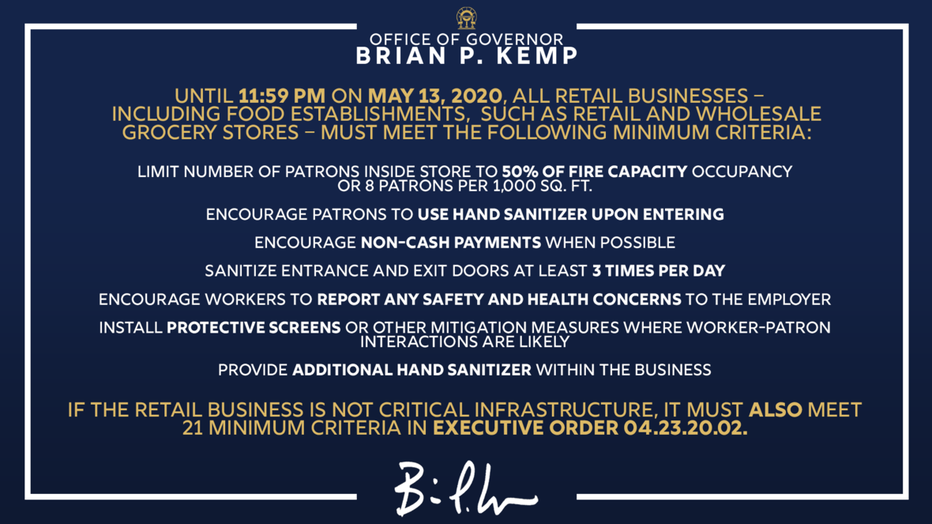 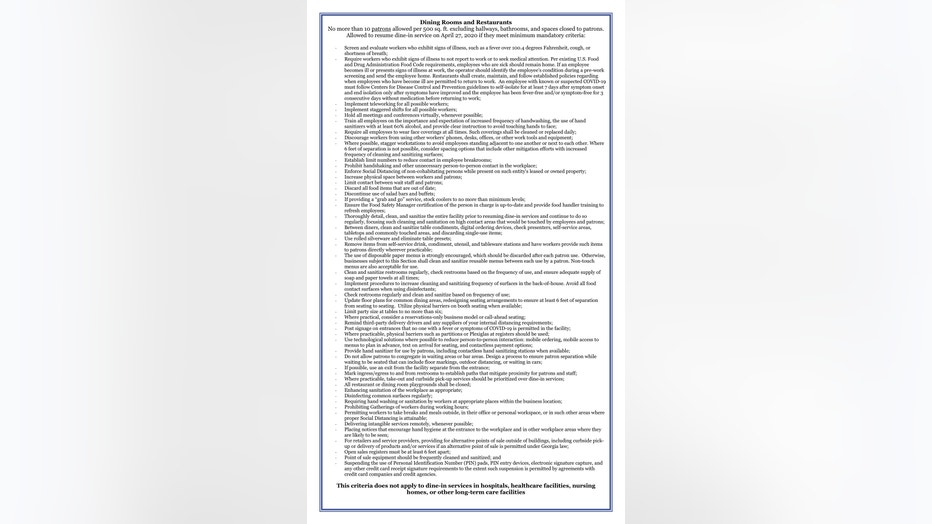 Further guidelines for those establishments were released Thursday. For the extended guidelines dining rooms and restaurants must follow until 11:59 p.m. May 13, click here. For gyms and fitness centers, click here. 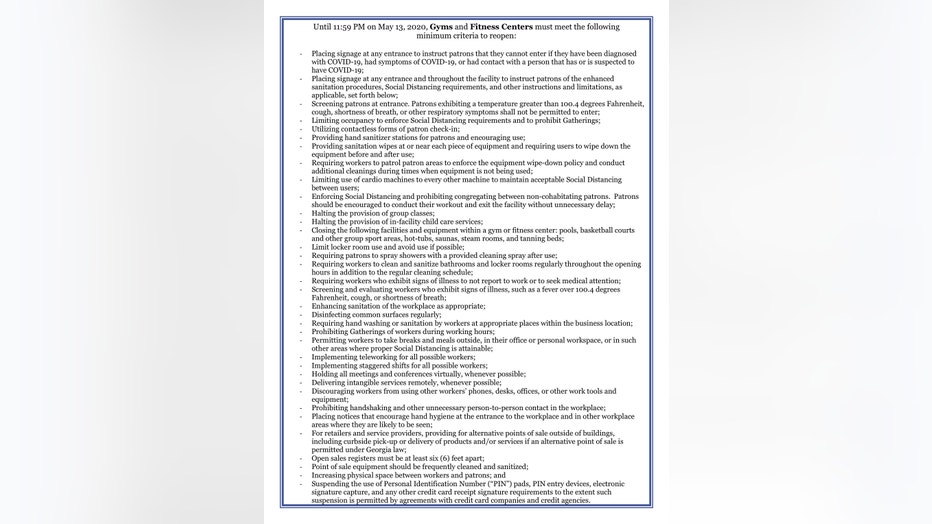 For the extended guidelines indoor movie theaters and cinemas must follow until 11:59 p.m. on May 13, 2020, click here. 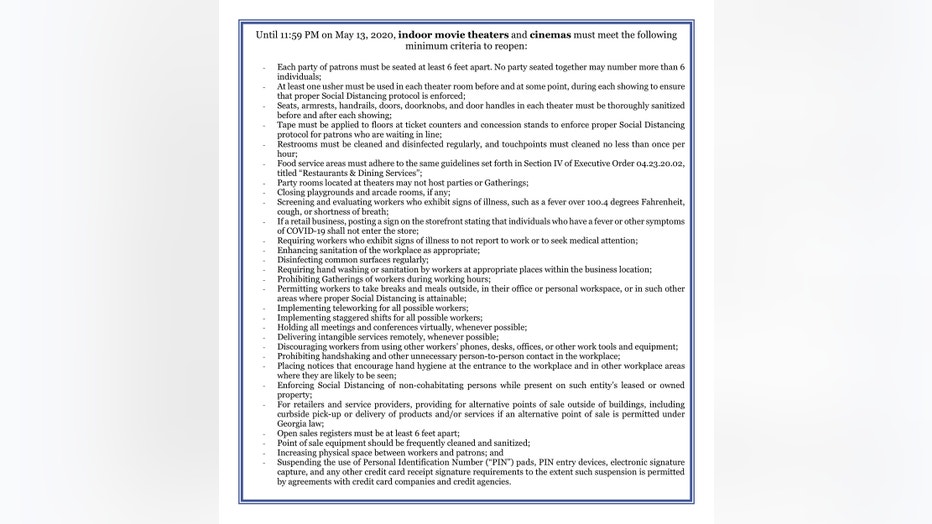 RELATED: As Georgia expands COVID-19 testing, here is what to expect

Still, Kemp took fierce criticism when many questioned whether Georgia’s data met reopening guidelines by President Donald Trump’s administration, which called for a two-week trend of declining new cases, widespread public testing, and the ability to trace the contacts of infected people to break the chain of infection.

Officials have argued that Georgia’s outbreak peaked in mid-April, but that’s not yet clear from the data. The state has in recent days improved testing capacity. Kemp’s office said the state reported nearly 13,000 new tests Tuesday — the largest daily number since testing began.

Trump himself criticized Kemp last week, saying: “I wasn’t happy with Brian Kemp, I wasn’t at all happy.”

-----
The Associated Press contributed to this report.