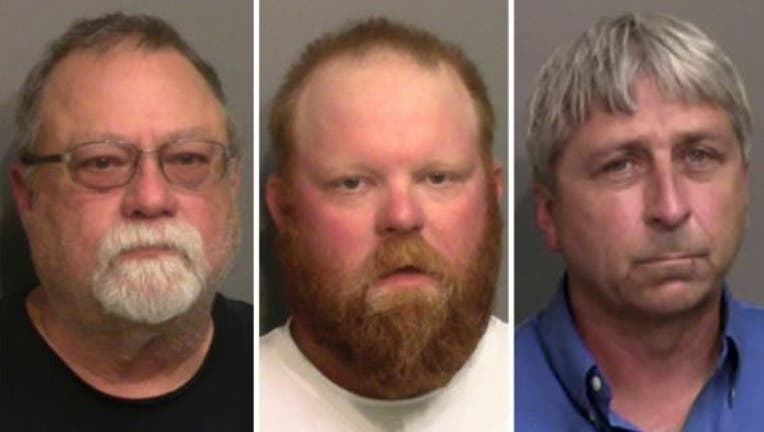 SAVANNAH, Ga. - Defense attorneys for the men charged with killing Ahmaud Arbery won’t be allowed to present evidence of the slain Black man’s past legal problems when their clients stand trial for murder, a Georgia judge ruled.

Gregory and Travis McMichael, a father and son, and their neighbor William "Roddie" Bryan Jr. are awaiting trial this fall for chasing and killing 25-year-old Arbery last year as he ran in their neighborhood outside coastal Brunswick. Jury selection is scheduled to start Oct. 18.

Attorneys for the McMichaels wanted the jury to hear about Arbery’s past run-ins with law enforcement, including two arrests, to cast doubt on prosecutors’ contention that he was merely an innocent jogger. Defense attorneys say the white men reasonably suspected Arbery had committed a crime when they began the pursuit that ended in his death.

Prosecutors argued that defense lawyers were seeking to put Arbery on trial by making his criminal record and other prior problems part of the case. None of the three defendants knew Arbery, or anything about his past, prior to the shooting. Prosecutors said his past was irrelevant to their decision to arm themselves and ultimately shoot a man who was trying to run away.

In a written order, Superior Court Judge Timothy Walmsley ruled evidence of Arbery’s past run-ins with the law could unfairly "lead the jury to believe that although Arbery did not apparently commit any felony that day, he may pose future dangerousness in that he would eventually commit more alleged crimes, and therefore, the Defendants’ actions were somehow justified."

"The character of victim is neither relevant nor admissible in murder trial," the judge wrote in his ruling Monday.

The McMichaels pursued Arbery in a pickup truck after they spotted him running in their neighborhood Feb. 23, 2020. Bryan joined the chase and took cellphone video of Travis McMichael shooting Arbery three times at close range with a shotgun.

Defense attorneys argue the three men committed no crimes. They say the McMichaels suspected Arbery was a burglar after he was recorded by video cameras inside a home under construction. Travis McMichael’s lawyers say he shot Arbery in self-defense.

Arbery was unarmed when he was killed. Prosecutors have said nothing was stolen from the construction site and Arbery was merely jogging.

Defense attorneys have also asked the judge to let them introduce evidence Arbery suffered from a mental illness. Walmsley has not ruled on that request.

Arbery pleaded guilty to charges he carried a gun onto a high school campus in 2013, a year after he graduated. Rodney Ellis, police chief for the Glynn County school system, testified at Wednesday’s hearing that Arbery tried to evade officers on foot and stopped only when two of them pointed guns at him.

He was also arrested in 2017 on charges that he tried to steal a TV from a Walmart store. Court records show he pleaded guilty to shoplifting. Arbery was on probation at the time of his death.