Atlanta police believe one man is responsible for two Buckhead crimes. The suspect is in custody.

ATLANTA - Atlanta Police Department investigators are working to determine if a man detained after a pedestrian accident also shot at joggers Buckhead on Saturday morning.

APD Deputy Chief Charles Hampton said the suspect was apprehended after an alleged pedestrian accident. They have not identified the suspect and are continuing to investigate.

Atlanta police said officers found a man with a gunshot wound when responding to a call of shots fired near 1211 West Wesley Road at around 8:37 a.m.

Officers said he was alert and breathing when he was transported to the hospital. Police said the man shot was in his early 40s and is in stable condition.

Police the same suspect is connected to a shooting targeting joggers in Buckhead and a shooting outside an apartment complex.

Investigators said the man and two others were shot at while jogging. Only one of them was hit with a bullet.

Investigators are working to determine the motive and circumstances surrounding the shooting.

At around 11:24 a.m., Atlanta police officers responded to an apartment complex found a man in his mid-20 severely injured at the scene. Police said the man was injured while trying to take out trash. 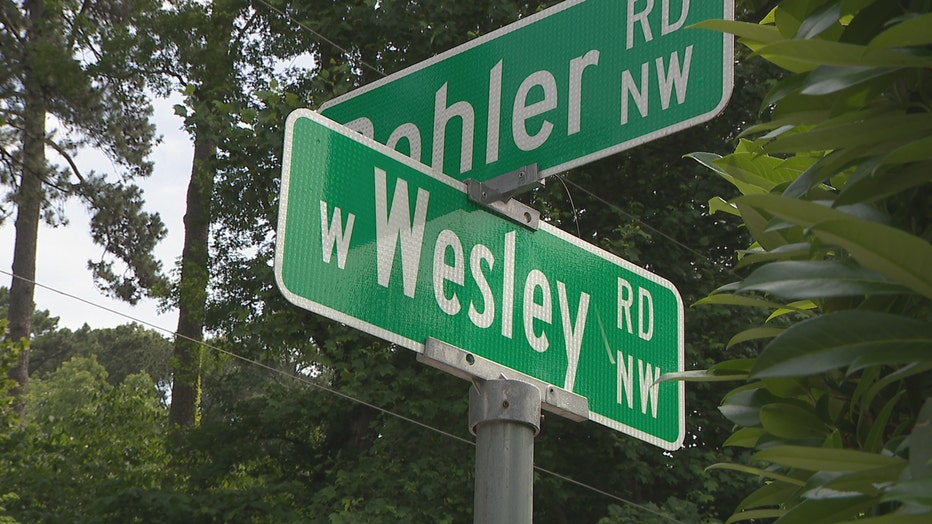 Police said officers detained a man they believe was involved in the earlier Buckhead shooting, based on ballistic evidence.

Hampton said investigators used cameras to confirm the vehicle was in the area of the Buckhead shooting, but investigators have not confirmed they are the culprit.

"It's early right now, we are still trying to piece this together," Hampton said. "We are in communication with the district attorney's office to hopefully bring this to a successful conclusion."

Hampton said the man detained may live at the complex where the pedestrian accident occurred and could be in a mental health crisis.

Report any information on the shooting to Crime Stoppers at 404-586-0180 or online at crimestoppersatl.com.

A Buckhead neighbor at the scene of the shooting said he was letting his cat outside when someone frantically ran inside his home on Saturday morning saying they'd been shot at.

Resident Michael King said he called 911. He later went outside to find the wounded man.

"You just don't expect something like this in this neighborhood," he said.