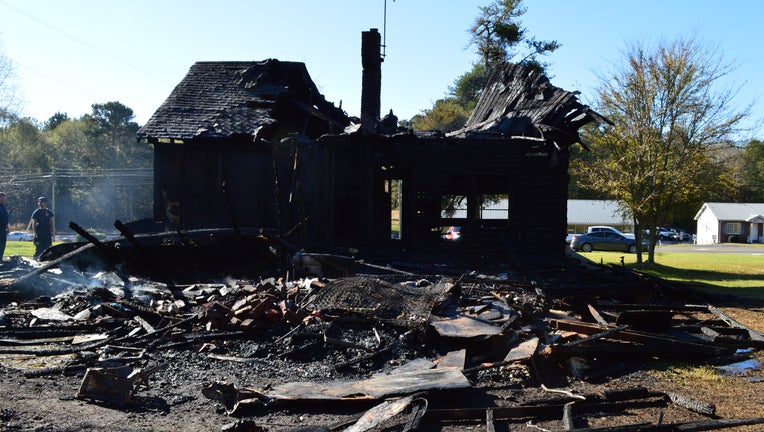 Fire investigators released this photo of a home in Jefferson ruled arson on Nov. 23, 2020. (Georgia Insurance and Safety Fire Commissioner)

JEFFERSON, Ga. - Fire investigators in Jackson County want to find the person who torched a house in Jefferson.

The fire happened at a home in the 1100 block of Washington Street on Sunday evening.

“The City of Jefferson Fire Department arrived on the scene Monday to find this 55-year-old, 1,000-square-foot home completely destroyed by fire,” said Insurance and Safety Fire Commissioner John F. King. “According to the home’s owner, the house had been vacant and disconnected from utilities for several years.”