A nationwide manhunt is ongoing for Casey White, who was awaiting trial on a capital murder case, and Vicky White, the assistant director of corrections for the jail in Lauderdale County, after the pair disappeared Friday.

FLORENCE, Ala. - An Alabama sheriff said Wednesday that a jail official visited a murder suspect in prison before helping him escape last week and that her actions suggest their plan had been in the works for some time.

"We have confirmed that there were visits and that there was communication between the two of them when he was in prison and she was still working here," Lauderdale County Sheriff Rick Singleton said.

He said the prison visits indicate the two had some type of a relationship for possibly up to two years before the escape. The visits occurred after the inmate was transferred out of the county jail in 2020 because of a suspected escape attempt then and before his return to the jail in February for court proceedings in the ongoing murder case against him. 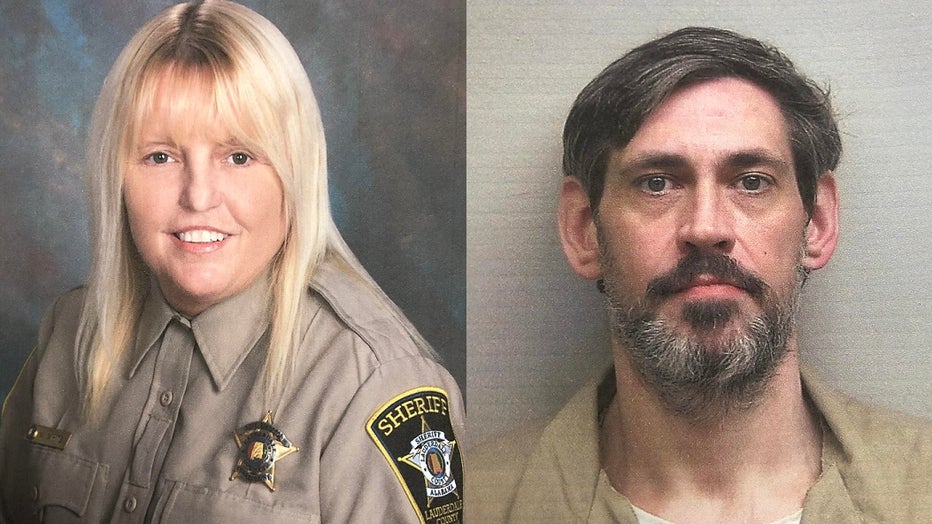 A nationwide manhunt is ongoing for Casey White, who was awaiting trial on a capital murder case, and Vicky White, the assistant director of corrections for the jail in Lauderdale County, after the pair disappeared Friday. Singleton said the ongoing contact stretched back two years and that Vicky White’s actions, such as selling her house recently and purchasing an apparent getaway car, indicated there was advance planning.

The sheriff’s office said Tuesday that they determined there was a "special relationship" between the two, but Singleton added that they have no evidence at this time that it was a "physical or sexual relationship." The two are not related despite sharing a common surname, authorities have said.

"The inmates that reported to us Saturday that they were in a relationship, their complaints were that he was getting special treatment. He was getting more food on his plate. He was getting all these little things that are insignificant on the outside but are a big deal to inmates," he said.

Last Friday morning, Vicky White, 56, told coworkers the 38-year-old inmate needed to go to the courthouse for a mental health evaluation. She was escorting the inmate alone, which the sheriff said was a violation of department policy. That afternoon, when she was not answering the phone, authorities discovered the two were missing, and no such evaluation had been scheduled. Her patrol car was found abandoned in the parking lot of a shopping center.

The sheriff said Vicky White had been talking about retiring for three or four months, and suddenly dropped in her paperwork recently. Singleton said authorities later discovered she had purchased a 2007 Ford Edge and parked it Thursday night in the same shopping center where she apparently abandoned the patrol car.

"There is no question that took some planning and some coordinating," he said. "My gut feeling is that it has been going on for a while."

He said authorities are hoping to location the vehicle and determine the pairs’ direction of travel.

Authorities have said Casey White, who stands 6 feet, 9 inches (about 2 meters), should be recognizable by his size. "Now, he is a master of disguise. He can change his appearance, but the one thing he can’t change is the fact that he is six-foot nine-inches tall," the sheriff said.

Authorities warned that anyone seeing the pair should not approach them but to call law enforcement.

Family members and colleagues said they are bewildered by the involvement of Vicky White, who had worked for the sheriff’s office for 16 years, with the inmate who was already serving a 75-year prison sentence for attempted murder and other crimes.

"I just can’t picture Vicky running off with that man," her former mother-in-law, Frances White, said in a telephone interview Tuesday.

The sheriff said he was shocked by the actions of his former employee.

"Vicky White would have been one of the last people in the world I would have thought would have done something like this," Singleton said.