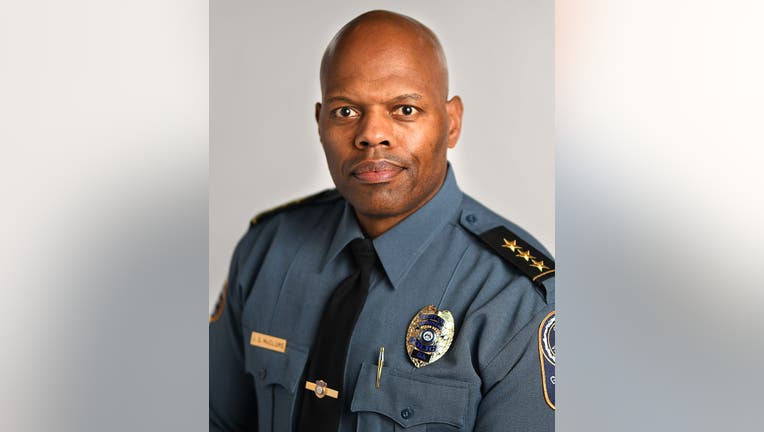 Gwinnett County Police Chief J.D. McClure is a proud Marine Corps veteran and has been a member of the Gwinnett Police Department since 1996.

GWINNETT COUNTY, Ga. - The Gwinnett County Police Department introduced a 25-year veteran of the department as its new police chief.

James D. McClure, a Marine Corps veteran, is the department's first black police chief. He was confirmed by Gwinnett County Administrator Glenn Stephens on Aug. 13 and assumed his new role on Saturday.

McClure is the department's fourth chief in less than three years. He steps in for the retiring veteran Brett West. Approaching 30-years in law enforcement, West stepped in after the abrupt retirement of Tom Doran, who was Chief A.A. "Butch" Ayers' successor in 2019.

McClure was the department's deputy chief upon his appointment. He worked his way through the ranks after he initially joined the department as an officer in 1996.

McClure was a member of the Gwinnett PD SWAT Team as the Tactical Team Leader.

"I’m honored to have this opportunity to follow in the footsteps of Chief West and previous Gwinnett County police chiefs who have led with integrity and compassion," said McClure after his appointment. "The men and women of this agency are among the best in the country, and I’m grateful for the ongoing support of the board and our residents as we strive to prioritize professionalism and bring pride to our community."