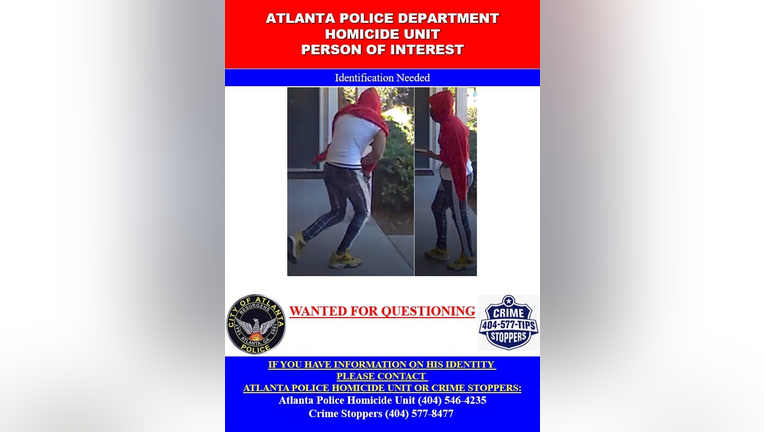 ATLANTA - Atlanta Police Homicide Investigators are asking for the publics help in identifying a person of interest who they say was leaving the crime scene from a shooting that left two teens dead at a SW Atlanta apartment complex.

Officers say the shooting happened around 12:25 p.m. on Sunday, June 19, 2022, at 187 Moury Ave SW, where two teens were found suffering from gunshot wounds. They both died on the scene from their sustained injuries, despite life-saving efforts from medics.

On Tuesday, the Atlanta Police Department released a video of a person of interest who they say was caught on camera "leaving the scene."

The Atlanta Police Department released a video of someone who they say was leaving the scene of the crime at 187 Moury Ave SW.

In the video, an individual in a red hoodie, dark colored pants, and yellow shoes can be seen running away and disappearing around the corner.

The Atlanta Police Department has provided close-up visuals of the person of interest, as listed below.

A reward of up to $2 thousand dollars is available for the arrest and indictment of the suspect if you are found eligible, Atlanta Police Department officials said.