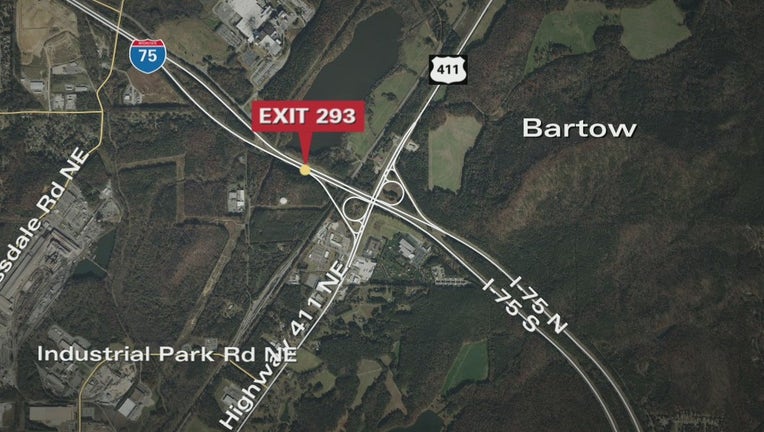 BARTOW COUNTY, Ga. - A chain-reaction crash involving multiple tractor-trailers shut down Interstate 75 south on one of the busy travel days of the summer. The interstate was closed for about 20 hours.

The crash happened around noon Thursday in the southbound lanes of I-75 near the Highway 411 overpass as traffic was slowing. The Georgia State Patrol said a tractor-trailer crashed into the truck in front of it, causing a domino effect. Troopers said the first tractor trailer caught fire and veered into another lane, striking a box truck which crashed into a car.

The driver of the first tractor trailer was pronounced dead at the scene.

Another driver was rushed to Wellstar Kennestone Wellstar.

The Georgia Department of Transportation said the fire damaged the road surface. It worked overnight into Friday morning to repave the highway. Shortly after 8 a.m., officials reported it reopened