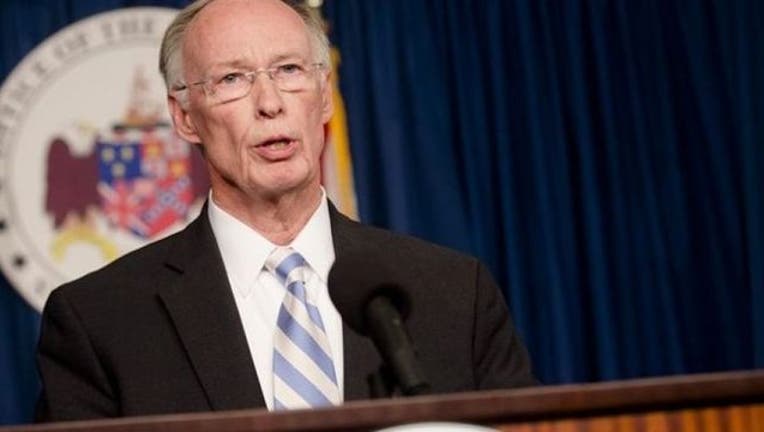 MONTGOMERY, Ala. (AP) — An impeachment investigation of Alabama Gov. Robert Bentley opened Wednesday, as lawmakers begin what will be a lengthy look into whether there are grounds to remove the two-term Republican from office.

In a series of meetings this year, the House Judiciary Committee will investigate if the governor committed any impeachable offenses in a sex-charged scandal involving a former top aide. Twenty-three representatives, roughly one-fifth of House membership, signed impeachment articles in April accusing Bentley of willful neglect of duty and corruption.

"The gravity of the task we are charged with undertaking as a committee cannot be overstated. Few issues should be considered more carefully and deliberately than the removal of a person who was elected by the democratic process to hold office," Judiciary Chairman Mike Jones said in an opening statement.

Bentley, 73, this spring admitted making inappropriate remarks to his senior political adviser but denied accusations of an affair with her and of interfering in law enforcement business, accusations both raised by his fired law enforcement secretary. The legislative probe officially began Wednesday but it also began slowly as lawmakers find their way through an impeachment process not used in a century. Committee members adopted rules and discussed the need to hire special counsel to lead the investigation.

Bentley did not attend the meeting. He told reporters Wednesday that he respected the Judiciary Committee and the legislative process, but dismissed the impeachment attempt as political grandstanding.

The effort to impeach Bentley comes amid a season of political upheaval in Alabama.

Any resolution of the governor's impeachment investigation is likely far away. Jones said it couldn't begin in earnest until the committee hired special counsel.

The impeachment articles filed in April did not lay out specific accusations against Bentley. Jones said it will be up to the special counsel to decide how to proceed and what to investigate.

Attorneys for the governor requested a more specific list of what lawmakers think he did wrong.

"We've got to understand what we are accused of," said Joe Espy, the governor's personal attorney.

Rep. Ed Henry, who spearheaded the impeachment drive, had said he suspected Bentley used office resources to cover up or enhance the alleged affair. Henry said he was pleased the investigation was moving forward, but feared there was an effort to "complicate the process."

Espy said he wanted the three committee members who signed the impeachment articles to be removed from the probe. "It taints the process." Jones said it's up to committee members to recuse, and only the acting House speaker can force them off the committee.

The committee will eventually make a recommendation to the full House. Lawmakers don't meet in regular session until February. However, under a procedure set up by the state Constitution, they could call themselves into session to consider impeachment if a majority of House members petition the Alabama secretary of state. It would require a vote of 53 lawmakers in the 105-member House to impeach Bentley. If House members voted to impeach Bentley, the Alabama Senate would hold a trial to determine if there are grounds to oust him.

Legislators in many ways were starting from scratch on handling the impeachment articles against Bentley. The last impeachment attempt in Alabama was in 1915 against the secretary of state. The 1901 Alabama Constitution says elected officials can be removed for offenses ranging from moral turpitude to drunkenness, but gives only a general outline of the process.

The rules adopted Wednesday borrowed heavily from procedures used in other states, including in the 2009 impeachment of former Illinois Gov. Rod Blagojevich. A key exception, Jones, said is subpoena power.

The Alabama committee can issue subpoenas, but unlike other states, Alabama law doesn't give the committee enforcement power to compel people to testify.

"It is clearly a complication," Jones said.