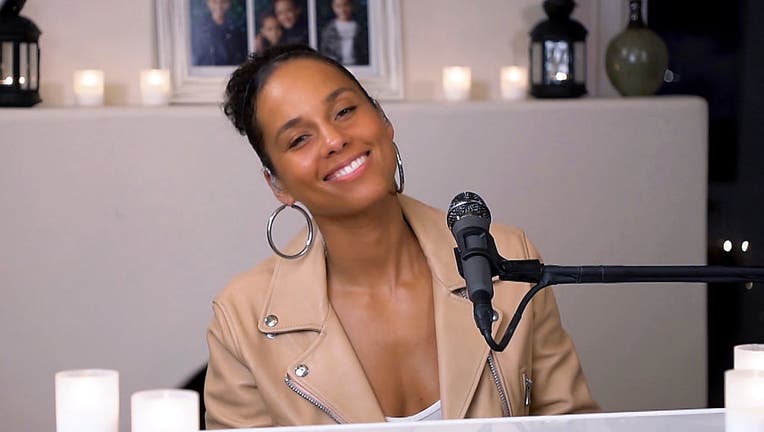 In this screengrab, Alicia Keys performs during "Saving Our Selves: A BET COVID-19 Effort" airing on April 22, 2020. The singer released a new song honoring essential workers. (Photo by BET2020/Getty Images for BET NETWORKS)

The music video for the track first aired on CNN with Keys later sharing it on her on Twitter account.

The video starts off with a slow, somber melody as images of lone workers and empty streets flash by. As her fingers fasten their rhythm on the piano, Keys' vocals softly proclaim to workers that they’re “doing a good job.”

“Don’t get so down, the world needs you now,” Keys repeatedly sings throughout the video, her voice reverberating louder with poise and passion as the tune progresses.

"A lot of times people don't feel like they're doing a good job. They feel underwater and like there's never going to be a brighter day," Keys told CNN, noting that she had originally written the song to honor heroes in her own life. "Fast forward to now, with where we are now, and it's almost like the song was written for this and I didn't know it."

Musicians paying ode and offering support to Americans has been a frequent sight amid the COVID-19 pandemic. New Jersey musical mainstays Bruce Springsteen and Jon Bon Jovi played alongside other musicians in a benefit concert for the New Jersey Pandemic Relief Fund.

The musicians behind the FOX show