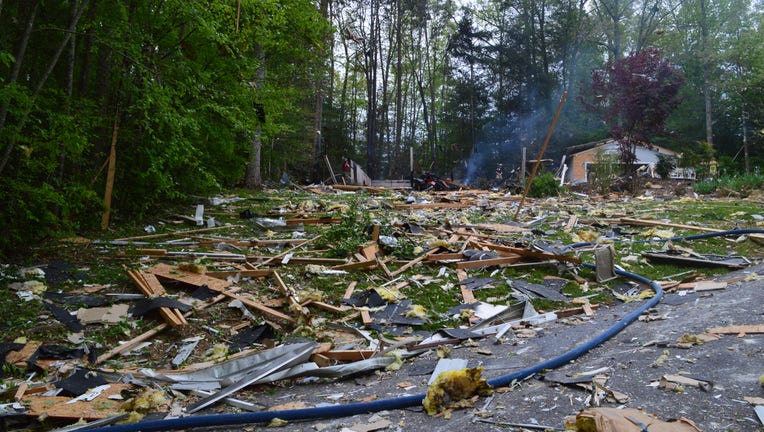 Officials said a 26-year-old home in Blairsville was completely destroyed by an explosion on Sunday. (Photo: Georgia OCI)

The Union County Fire Department said crews responded to the scene at around 8 a.m. on the 300 block of Pauline Lane in Blairsville.

According to the Georgia Insurance and Safety Fire Commissioner, the blast completely destroyed the 26-year-old home and damaged several other homes in the area.

Monday, officials say they identified the two victims as 78-year-old Ralph Norris Wood Jr. and 77-year-old Peggy Wood. The Woods were home at the time of the blast.

Due to how severe the explosion was, officials estimate it could take weeks before they could determine the blast's cause.

The explosion remains under investigation.

These are the 57th and 58th deaths from fire in Georgia this year.