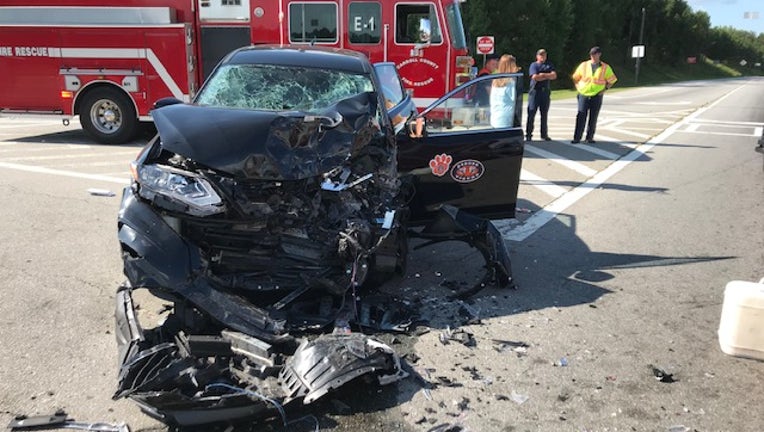 CARROLLTON, Ga. - A rookie driver for the Carroll County Fire Department is being blamed for an accident that left an Alabama woman badly injured.

As it turns out, the driver was not certified to be behind the wheel of the fire truck or, even more, to be a firefighter. But perhaps surprisingly, Carroll County authorities okayed that decision and said they've employed uncertified firefighters on their trucks for years.

The Labor Day accident happened at the intersection of Highway 27 and Highway 5 near Roopville in the southern part of the county. James and Peggy Hicks were heading back from a weekend visit to Pigeon Forge, TN, driving to their home in Opelika, AL, when their Nissan Rogue crossed through on a green light. They were going around 50 MPH they estimated.

"I thought I heard something and I glanced over in my mirror and I couldn't see anything," James remembered.

Hear about this story in their own words.

Peggy said she saw the fire truck sitting to her right, not moving.

"As I glanced back up I heard my wife scream," James said.

"I just screamed at James, he's coming out!" said Peggy.

The fire engine pulled into their path. James said he swerved to try to avoid the collision but could not. The crash caused their airbags to deploy. James blacked out, slowly regaining consciousness to find his wife bleeding, her left foot twisted horribly.

"I was thinking to myself is this where I'm going to die?" he said. 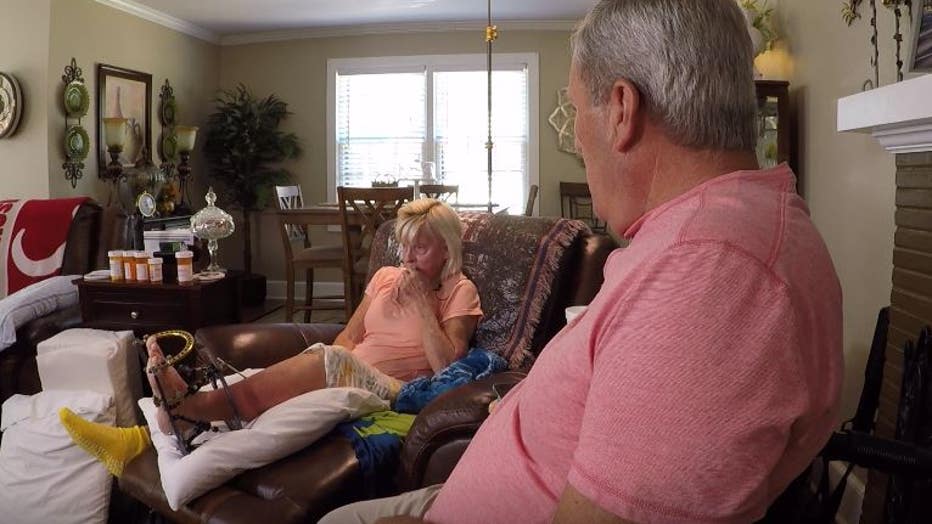 Peggy and James Hicks recall the accident that broke her ankle and two of his toes.

Peggy would be airlifted to the Atlanta Medical Center with windshield glass still in her hair. Her ankle was broken. So were two of James' toes. The fire engine had been heading to an emergency medical call. Suddenly, a different emergency was right in front of them.

The full investigation is not finished, but an initial report by the Georgia State Patrol cited the driver of the fire truck, Cody Stinecypher, with failure to yield. The Hicks' would later learn this was only Stinecypher's second emergency call.

"He had no business being under that wheel. No business at all."

"We're lucky to be alive," said Peggy while sitting in her living room, her foot propped up and supported with screws and a heavy brace. "He had no business being under that wheel. No business at all."

Even with their sirens and flashing lights engaged, fire engines are not allowed to automatically ignore our traffic laws. The driver can only run a red light when they're sure the intersection is clear. Often that comes with experience.

Stinecypher started with the department in May and got a driver's license that allows him to drive large vehicles like a fire truck. But at the time of the accident, he still had not begun classes to be a certified firefighter or driver. Yet Carroll County knowingly let him drive to that emergency call on Labor Day. 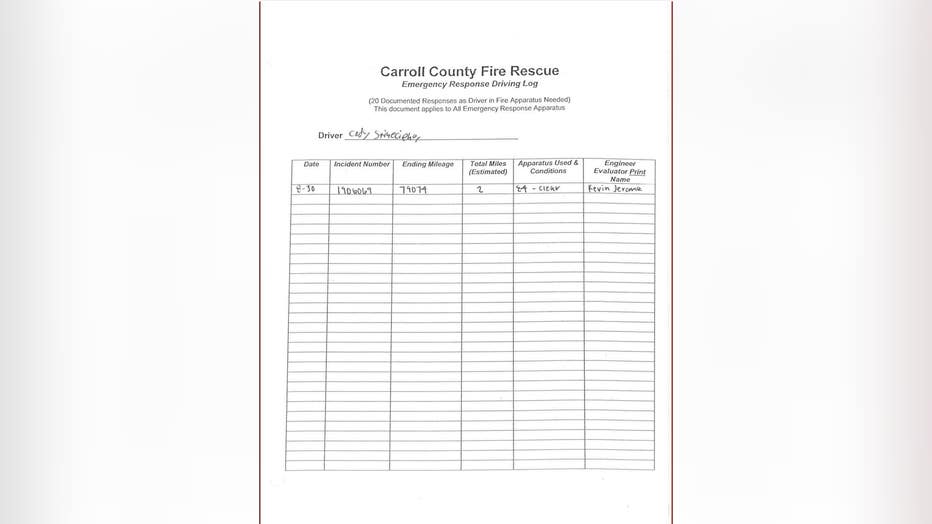 The Labor Day accident was Cody Stinecypher's second emergency call as a driver. He was hired in June but had yet to start firefighter school.

"It appeared everything else would have been normal with that phasing him into some emergency response, to let him make some emergency calls," Benefield explained. "Unfortunately, this one didn't work out for the best."

Gordon Henderson, the head of the Georgia Firefighters Standards and Training Council, called Carroll County's practice "highly unusual," but said the decision to have non-certified people driving on emergency calls is up to the individual fire departments.

We asked deputy chief Benefield if the Labor Day accident had his department rethinking that practice.

"Well, we're always looking for ways that we can improve," he answered. Benefield said this is the first time he can remember one of his rookie drivers was involved in an accident. 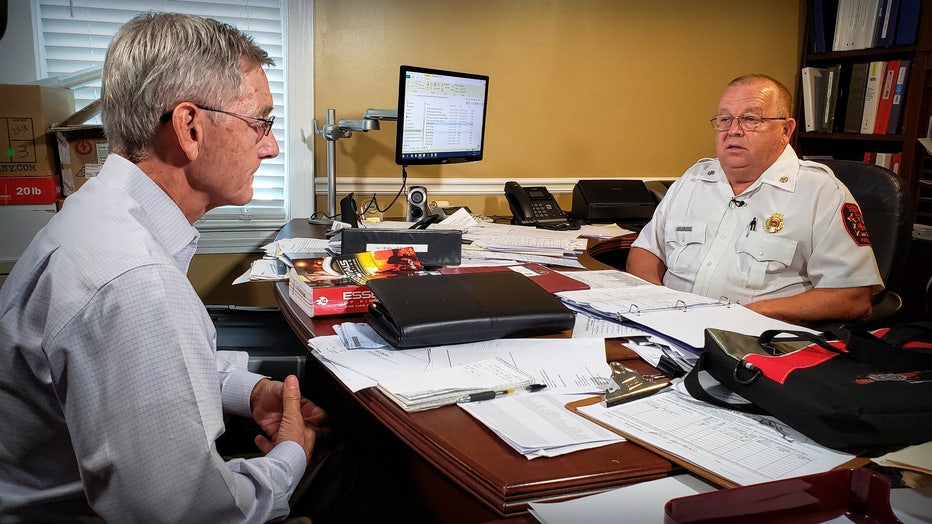 Back in Opelika, family members built a ramp so Peggy Hicks can get in and out of their home. The couple says they're also planning to sue.

"There's no undoing what's done to them," said their attorney Ross Massey. "But certainly we want to make sure that the fire department recognizes their wrongs and that this never happened again."