McDonough Confederate memorial to be removed

The Henry County Board of Commissioners voted on Tuesday to remove the Confederate monument that sits in McDonough square.

MCDONOUGH, Ga. - The Henry County Board of Commissioners voted Tuesday to authorize the county manager and county attorney to remove a Confederate monument that has stood in the community for more than a century.

According to the county attorney, the statue, which stands in the middle of the McDonough square, is on county land. The local chapter of the United Daughters of the Confederacy donated the monument in 1910, though officials said there are no public records that the county ever accepted the donation. 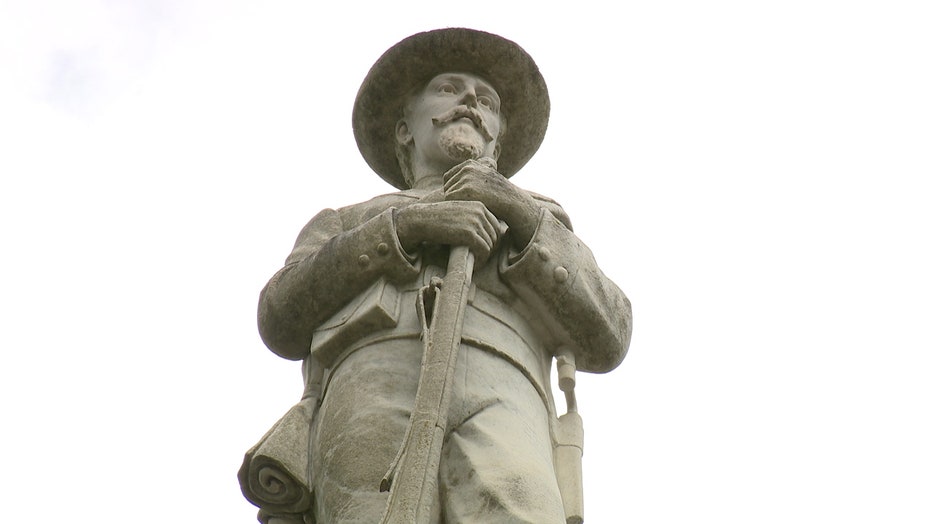 Henry County Board of Commissioners voted Tuesday to authorize the county manager and county attorney to remove a Confederate monument from McDonough square (FOX 5 Atlanta).

While state law prohibits the removal of monuments, the county attorney told commissioners that it does allow for local governments to "take appropriate measures to preserve, protect or interpret" them.

The board voted four to one to approve the resolution. The only dissenting vote was from Commissioner Gary Barham, who argued they should allow more time for the public to weigh in.

"Right now, I don't support taking the statue down, but I do support having a conversation.  The conversation we're having now is all one-sided. There's a lot of differnt views on the statue and we need to let everybody be heard," said Barham. "For us just to make a decision today is just going to seperate this county more."

The county has 60 days to take down the monument.