The CDC said 15 people were hospitalized after ingesting hand sanitizer that contained methanol, a chemical the FDA says is poisonous if ingested or absorbed through the skin.

The list of potentially dangerous hand sanitizers has expanded again after testing revealed the presence of methanol in Dibar Labs, ProtectoRx and Advance products.

According to the Food and Drug Administration, methanol is a substance used to create antifreeze. Throughout the COVID-19 pandemic, the FDA has stressed methanol "is not an acceptable ingredient for hand sanitizers and must not be used due to its toxic effects." 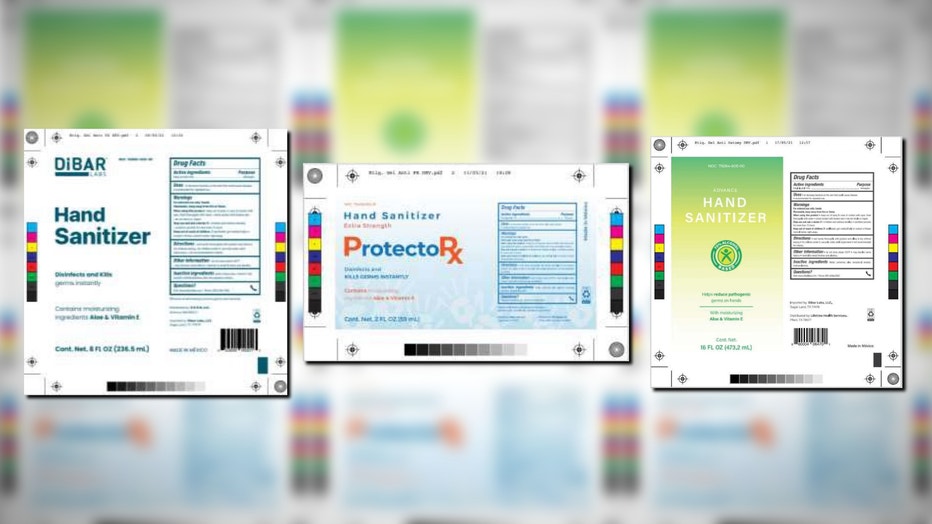 Children who accidentally ingest methanol or adults who would drink it as an alcohol substitute considered most at risk, though no adverse reactions related to this recall have been reported. (Source: FDA)

Children who accidentally ingest methanol or adults who drink it as an alcohol substitute are considered most at risk, though no adverse reactions related to this recall have been reported.

Consumers with the recalled hand sanitizers are asked to return them. Dibar Nutritional told all of its distributors to remove the recalled products "immediately if they still possess inventory," and is alerting retailers to stop selling them.

According to FOX Business, the FDA has issued similar warnings about nearly 250 products.