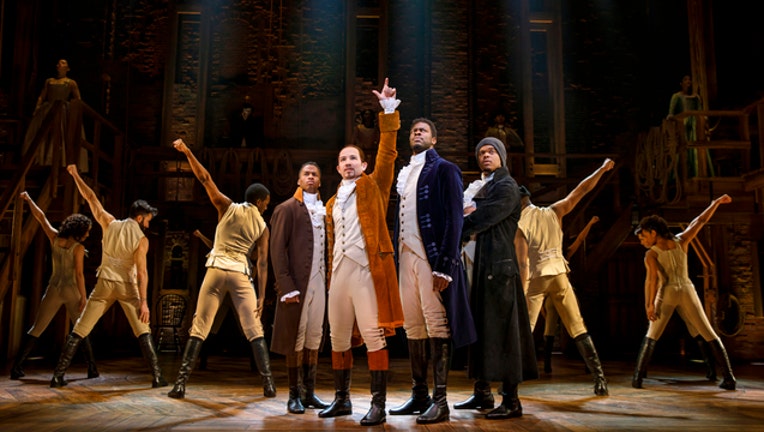 ATLANTA - Missed your chance to see the touring show of Tony Award-winning musical "Hamilton" at the Fox Theatre? You'll get another chance soon.

Monday on social media, Broadway in Atlanta announced that "Hamilton" will be returning for the series 2019-2020 season.

MORE: Blockbuster 'Hamilton' tour features Georgia connections
Details about the second coming of "Hamilton" were scarce, but the excitement was already growing on the social media notifications.

"Hamilton" ran at the Fox Theatre from May 22 through June 10 and became the hottest ticket in town from the moment it was announced for the recent season of Broadway in Atlanta.

The musical, which tells the story of founding father Alexander Hamilton, also won the 2016 Pulitzer Prize for Drama.