A busy Gwinnett County roadway was shut down for more than 12 hours after a tanker truck overturned.

GWINNETT COUNTY, Ga. - Firefighters said an overturned gasoline tanker shut down a busy Gwinnett County intersection for a little more than 12 hours and spilled thousands of gallons of fuel Tuesday. All roads have since reopened, but the cleanup could take a little longer.

Braselton Highway and Hamilton Mill Road shut down shortly before 5:30 a.m. after that tanker trunk turned on its side, causing two spits in the tanker. Firefighters said about 3,000 gallons of fuel flowed into the storm drain before a HAZMAT team was able to contain the spill.

The rest of the spilling fuel was channeled to a pond at the Hamilton Mill Golf Club. The Gwinnett County Department of Water Resources and the United States Environmental Protection Agency will determine the best way to clean up the fuel. 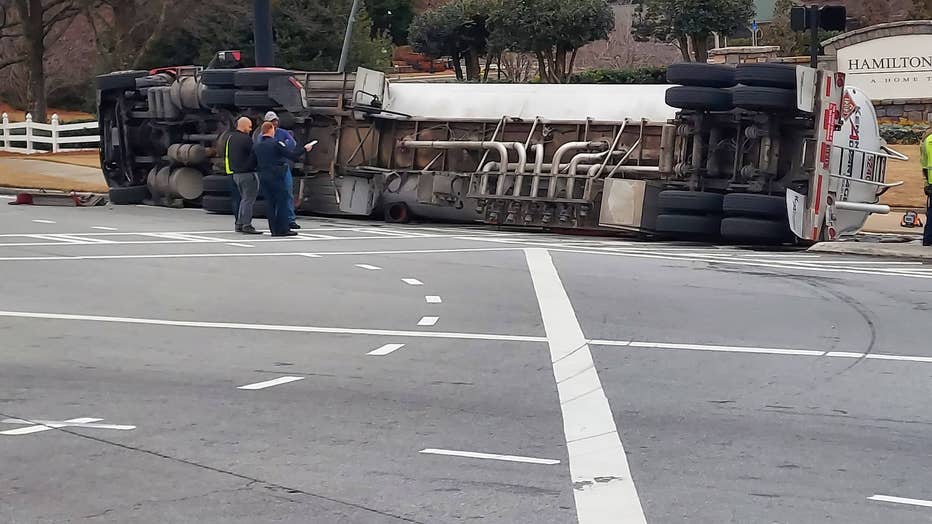 Crews drilled holes in the tanker to siphon the remaining 5,500 gallons of fuel in the tanker so it could be turned upright. Two heavy-duty wreckers were used to pull the tanker upright.

Firefighters evacuated two gas stations and a daycare due to the spill. 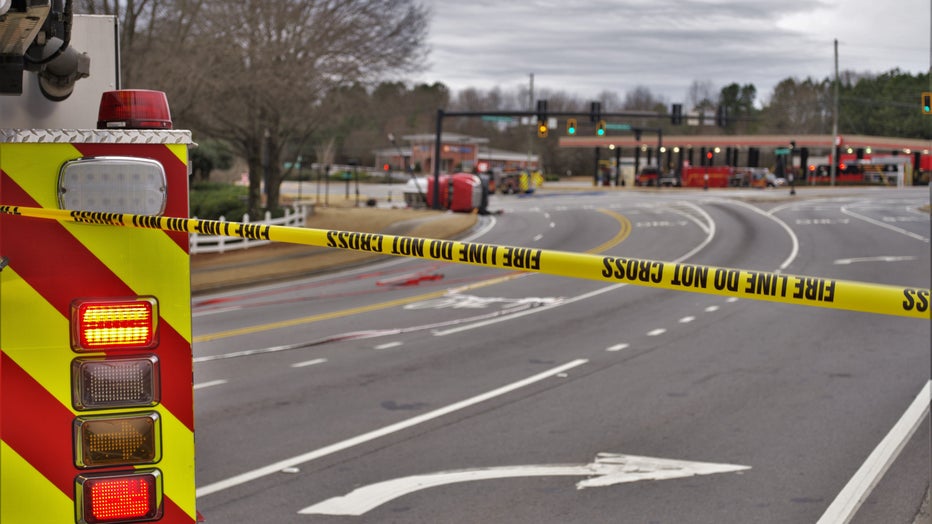 The driver was able to get out of the truck on their own and was checked out by paramedics at the scene, but was uninjured.

Firefighters and crews from the Georgia Department of Transportation spent the afternoon mopping up the remaining fuel on the roadway. The intersection reopened a little before 5:45 p.m.

The cause of the accident remains under investigation.