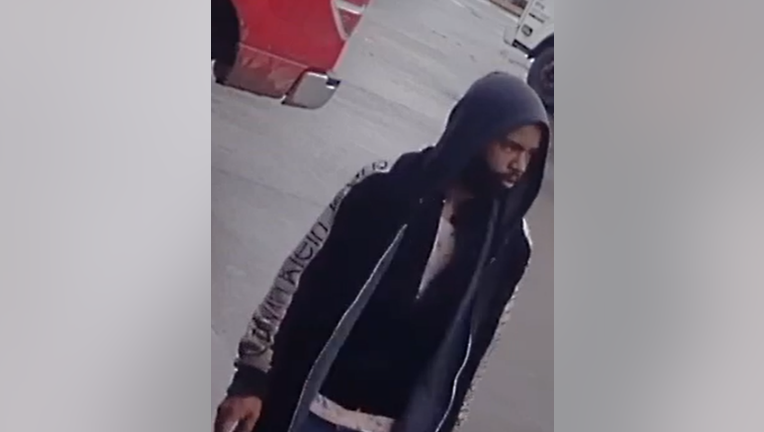 GWINNETT COUNTY, Ga. - Gwinnett County police said surveillance footage caught a person right before they stole a car from a repair shop, and now to search for the suspect is on.

Police spokesperson Collin Flynn said cameras caught a man as he was walking around a parking lot on Feb. 11 at an auto repair shop on Buford Highway in Atlanta. Police said the man got in one of the cars and drove away while employees of the business unsuccessfully tried to stop him.

An incident report says the suspect stole a white Chevy Tahoe containing a $3,000 drum set from RPM Auto Care. He spoke to a mechanic before wandering around the parking lot and taking the vehicle. The mechanic initially thought one of his coworkers was moving the vehicle.

The business owner said the vehicle has some damage to the passenger side headlight and a license plate that read "LOU SOBH AUTOMOTIVE GREATER ATLANTA" on the front of the car.

In addition to the drum set, the business owner told police the car contained a dashboard monitor and screens on the back of its headrests.

An image pulled from security footage and released by police shows the man wearing a blue or black jacket with a distinctive gray stripe down the side.

Flynn said detectives are asking for the public's help identifying the suspect. Police urge anyone with information to contact detectives at 770-513-5300 or leave an anonymous tip for crime stoppers at 404-577-TIPS (8477).