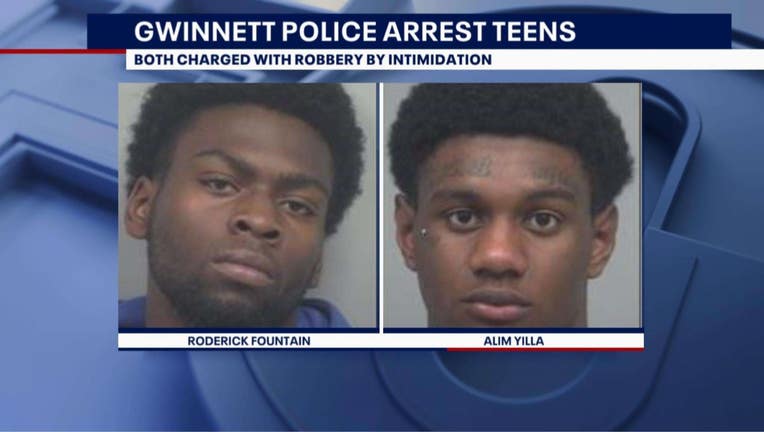 Roderick Fountain and Alim Yilla, both 18, are charged with robbery by intimidation.

According to investigators, it happened November 9 at the Publix located on Centreville Highway in unincorporated Snellville.

Police said the victim, a boy about 14 years old, was at the store with his mother when he went to use the restroom.  The two suspects then followed him inside.

"When the teen was in the bathroom, he wanted to leave.  After he was done using the facilities, he had tried to go towards the exit and they blocked him in," explained Gwinnett Police Cpl. Michele Piherea.  "So, I think anybody in that situation would feel very intimidated."

A police report states Yilla then asked the victim what he had with him and when the boy told him he had his iPhone and some Air Pods, Yilla demanded he hand them over.  Once Yilla and Fountain left the bathroom with the victim's electronics, the boy found his mother, who notified customer service.  Store employees then called police.

Earlier this month, Gwinnett detectives released surveillance images of the teenagers from the store and a member of the community called in a tip identifiying Fountain and Yilla.

"Because these images were so good, we knew that the media would be a good help to us and once the images were released, we had at least one good tip identifying both of these suspects," said Cpl. Pihera.

Both remain in the Gwinnett County jail.