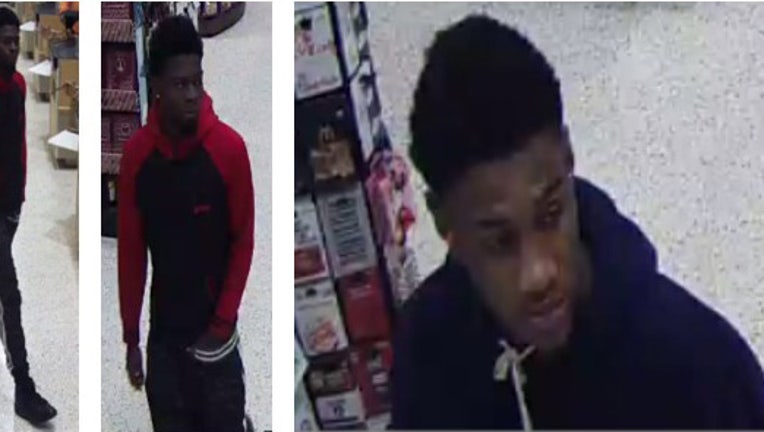 According to officials, the robbery happened on Nov. 9 in the men's bathroom of the Publix on the 3500 block of Centerville Highway.

The teen victim told police that he was using the bathroom and tried to leave when he was confronted by two men. The men blocked the door and refused to let the teen go until he gave them his iPhone and Airpods.

After taking the items from the teenager, both men fled the store.

The victim said that one of the suspects had a tattoo over his left eye of cursive letters, but officials do not know what exactly the tattoo read.

Police have shared surveillance photos of the two suspects in hopes that someone will be able to identify them.