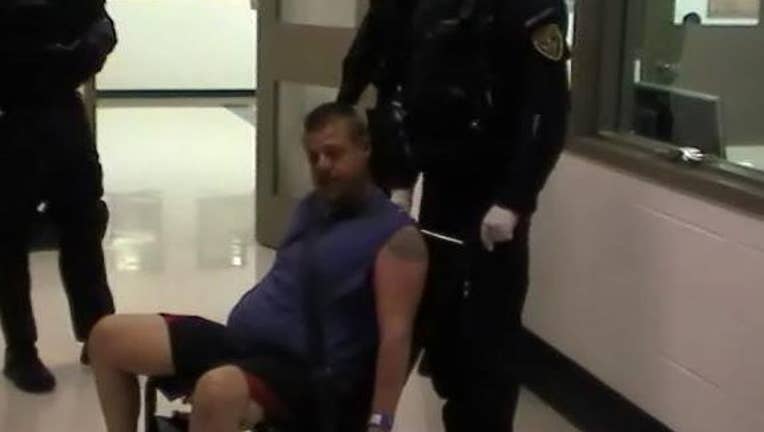 Ninety former inmates sued the county over their treatment by the jail’s Rapid Response Team, claiming civil rights violations. The county did not admit any wrongdoing.

The FOX 5 I-Team originally uncovered a series of jailhouse videos in 2013, shortly before the first lawsuits were filed.

The videos, shot by the deputies in order to prove they followed policy, wound up serving as key evidence in the case against the county. The videos are also part of an on-going federal criminal investigation. 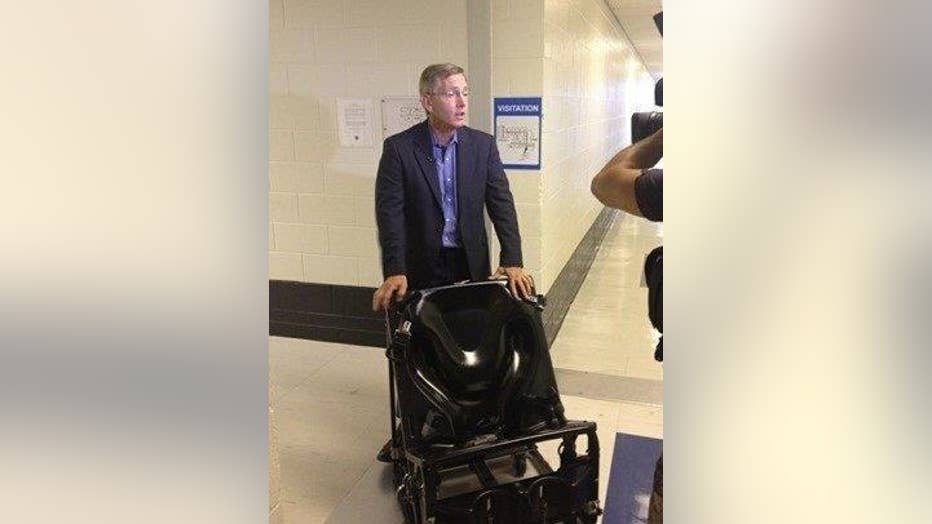 The FOX 5 I-Team began investigating use of restraint chairs and the Rapid Response Team in 2013.

The tapes depict members of the Rapid Response Team — a dedicated group of deputies specially trained to handle difficult prisoners — staging outside various detention cells to prepare to rush inside.

But often, the videos showed the prisoner calm or compliant.

The RRT would still storm into the cell, grab the inmate and throw him into a restraint chair, a contraption designed to keep the person strapped in place for as long as four hours.

Keven Goodwin said he was sitting at home in 2013, watching the FOX 5 I-Team, when he saw an investigation that made him realize he was not alone.

“Those same things happened to me,” he explained during a Zoom interview. 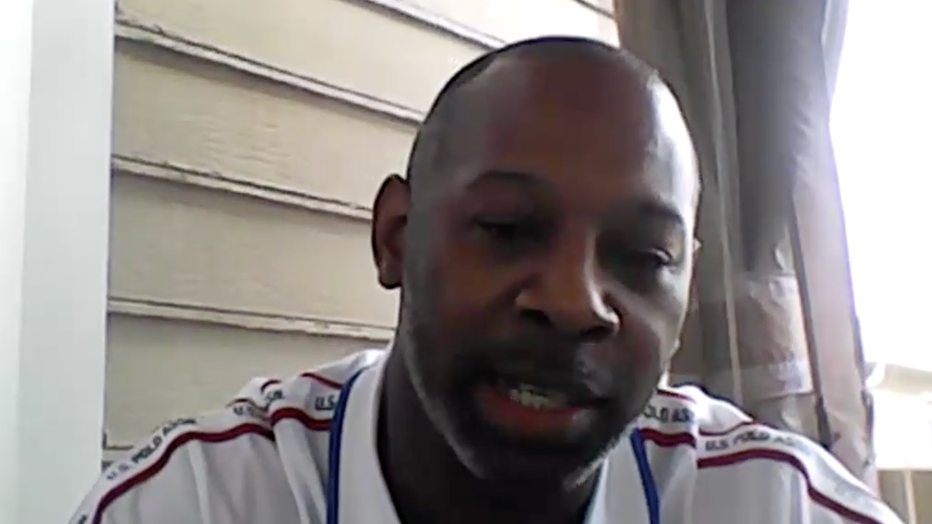 Retired Army specialist Keven Goodwin says he tapped on the cell window to retrieve his laceless shoes deputies had left outside the door.

The retired Army specialist had been brought into the Gwinnett County jail on DUI charge. He said deputies left his shoes outside the holding cell. Barefoot and cold, he said he knocked on the glass window hoping to get someone’s attention and retrieve the shoes that had already had the laces removed.

“So another officer walks by and I knock on the glass,” recounted Goodwin. “Hey! Can I get my shoes? He said ‘stop banging on the glass.’ And from there it just escalated to something that was beyond belief.”

Like many of the others, Goodwin found himself thrown to the ground and ultimately left confined in a restraint chair.

“I thought my wrist was going to be snapped,” he said, describing the RRT takedown. 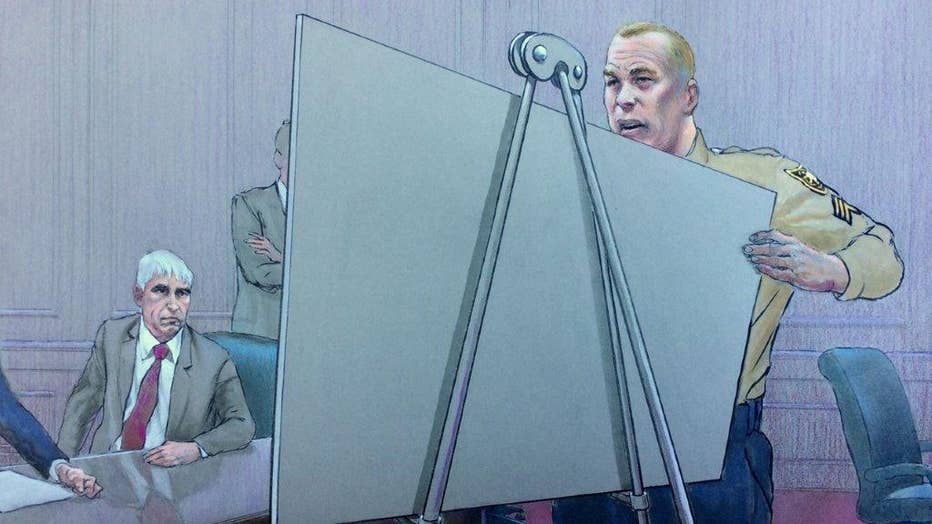 Jail policy actually forbids such a response unless the inmate is harming himself or damaging property. Deputies cannot use restraint chairs for punishment or if an inmate just gets on their nerves.

Many of the videos depicted inmates yelling or tapping on the glass to get a jailer’s attention.

Gwinnett County Sheriff Butch Conway would not comment about the settlements, but earlier said we didn’t see the bad behavior because the camera was turned on too late.

In all, 90 inmates sued the county claiming civil rights violations. All but six have received settlement checks. According to county records obtained by the FOX 5 I-Team, total amount spent by taxpayers so far: $2,913,149.90. That does not include the county’s legal fees. When we checked last August, it added up to $531,318.39. 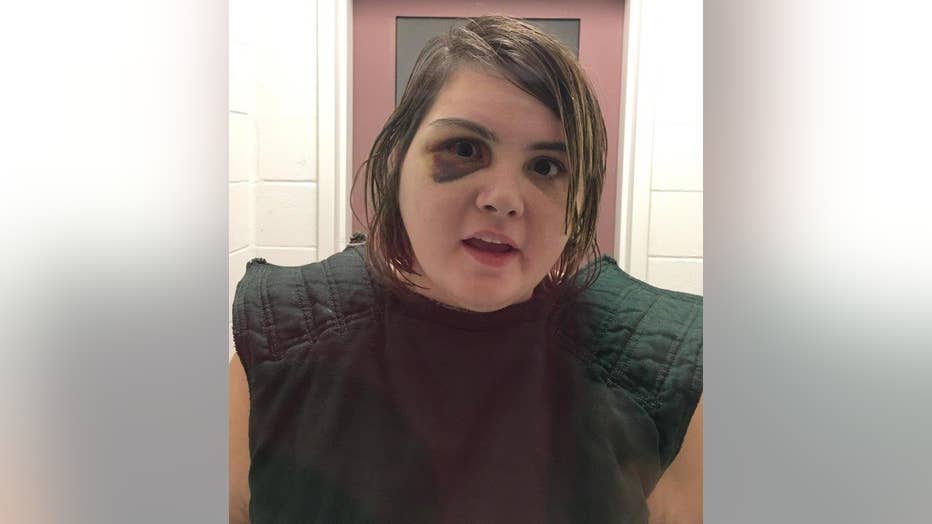 Yet to be settled: the case involving Shelby Clark. Her dad says she suffers from a mental illness. An encounter with the RRT left her with a black eye. The deputy who hit her has been indicted on federal civil rights charges.

“My whole thing from the beginning was it wasn’t about money or anything like that,” he insisted. “It was about more or less to stop that from happening to anybody else.”

Reviewing the county records, the settlement amounts seemed to vary depending on the severity of actions taken. The smallest: $1,200. The largest: $85,000.

The total amount could easily exceed three million dollars. Among the six other former inmates yet to be paid is Shelby Clark, a young woman whose father says suffers from a mental illness. She was left with a black eye from a member of the Rapid Response Team. Aaron Masters is currently under criminal indictment for civil rights violations in this case. He has pled not guilty. 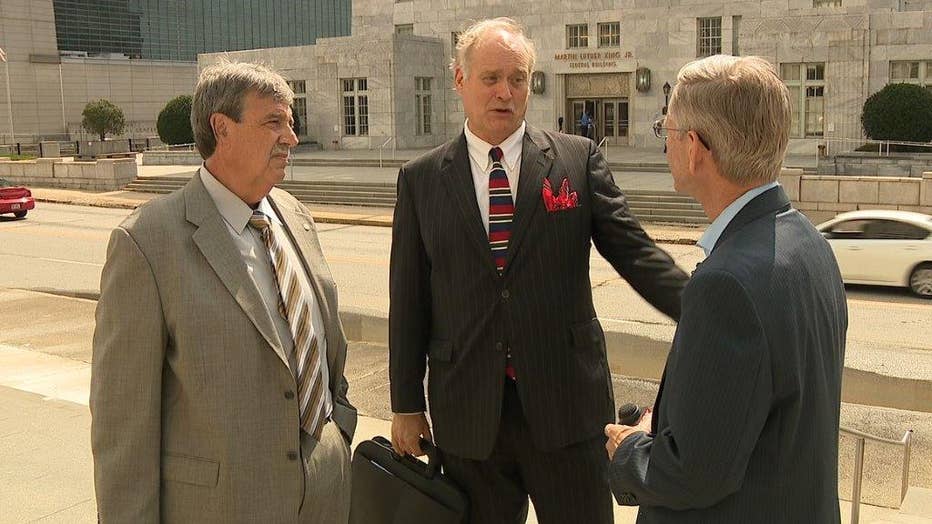 Attorneys John Cicala (L) and Craig Jones filed their first lawsuit in 2013. Six of the 90 plaintiffs have yet to reach a settlement.

“What we originally set out to do was make them stop doing this to people in the Gwinnett County jail,” said attorney Craig Jones, lead counsel for the former inmates. “And as far as I know, the only thing that’s going to stop them is that they’re going to get tired of paying settlements.”

In an earlier interview, sheriff Conway said the only change he ordered was to make sure the photographer did a better job capturing the original reason for the use of force.

Conway is not running for reelection this year, retiring after 24 years in office.

“There’s an election coming up in Gwinnett County,” pointed out John Cicala, co-counsel in the case. “Anytime there’s an election there’s always change. I think this result acknowledges the fact that (prisoners) needed to be treated like human beings.”

How are they sure it won’t happen again?

“I’m sure they don’t want to shell out three million every few years,” said Goodwin.